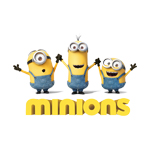 They may just be little yellow henchmen, but Illumination’s Minions dominated its U.S. theatrical debut weekend with more than $115 million in tickets sold.

That number make Minions the No. 2 all-time animated feature opener, beating out Toy Story 3’s $108 million opening but not quite topping Shrek the Third’s $121 million tally. Minions has the best opening in the Despicable Me series: the first feature opened 2010 with a $56 million opening-weekend gross; the second opened with $83 million in 2013.

The movie has so far grossed $280 million in foreign markets, some of which opened the movie a few weeks ago. That makes for $395 million worldwide total. It’s also the third massive hit for Universal this year, after Fast and Furious 7 and Jurassic World.

Speaking of Jurassic World, it was the No. 2 movie at this weekend’s U.S. box office with an $18 million gross. That brings it to $590 million domestic and $875 million foreign for a $1.47 billion worldwide total gross.

Slipping from first place last weekend to third this weekend is Pixar’s Inside Out, with $17 million in weekend ticket sales. The acclaimed feature has sold $284 million in domestic tickets and $152 million abroad for $435 worldwide total.

Fourth place went to Terminator: Genisys, which grossed $14 million this weekend. The Paramount-distributed reboot has earned $69 million domestic and $156 million abroad for a $224 million worldwide total.

And in seventh place is Ted 2, a live-action and animation hybrid feature co-written and directed by Family Guy creator Seth MacFarlane, with $5.6 million in ticket sales. The R-rated comedy has grossed $72 million domestic and $53 million foreign for $125 million total worldwide. 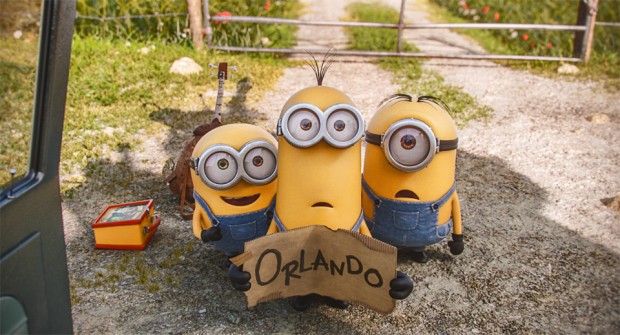