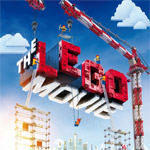 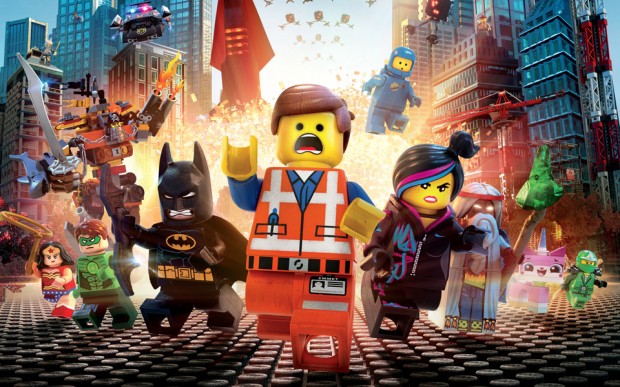 How directors Phil Lord and Chris Miller teamed up with Aussie studio Animal Logic to construct The LEGO Movie.

Remember back in the dismal days of ’80s animation, when many cartoons were little more than hastily slapped together 20-minute toy commercials? It seems like lately the trend has been flipped on its head, as one after another blockbuster spectacle based on familiar brands hits theaters. But as an antidote to all the smashing, crashing and exploding of Transformers or Battleship, this month offers something a little different as Warner Bros. releases the creative, colorful and comedy-packed The LEGO Movie.

Written and directed by Phil Lord and Chris Miller (Cloudy with a Chance of Meatballs, 21 Jump Street), the film centers on an unremarkable minifigure (those little plastic dudes with the snap-on heads) named Emmet who is mistaken for a prophesied hero and ends up drafted into a fellowship of oddball strangers on a quest to defeat an evil tyrant. The directors worked with writing partners Dan and Kevin Hageman to come up with an adventurous story that would allow their reluctant plastic hero to visit a variety of LEGO-inspired worlds.

The CG-animated epic features the voices of Chris Pratt as Emmet, Will Ferrell as the scheming control freak President Business, Liam Neeson as henchman Good Cop/Bad Cap, Morgan Freeman as the mystic Vitruvius, Elizabeth Banks as tough-as-nails Wyldstyle, Will Arnett as the mysterious Batman, Nick Offerman as vengeful pirate Metal Beard, Alison Brie as the loveable Unikitty and Charlie Day as Benny, the 1980-something Spaceman.

“We were inspired by the inventive, clever and adorable fan-made stop-motion films LEGO fans were making and putting on the Internet,” says Miller, who admits he was “obsessed” with LEGO’s Classic Space line as a kid. “We thought it would be awesome to make something, which had the same spirit—but on a much larger scale with a larger budget, of course. That was part of what we insisted on doing from the get-to.”

“I think it’s really easy to dismiss a project that obviously has a big commercial tie-in. You can just tell a few jokes and it doesn’t have to make sense, because people already like the brand,” adds fellow director Lord. “But that wasn’t the kind of movie we wanted to make. We wanted to take this brand and find meaning in it. Our goal was to find a bigger story, otherwise it wouldn’t hold up. We had to have a movie that was compelling and had a real story to tell.”

The project was created under near-concurrent production at three locations. Lord and Miller were chiefly kept in L.A. where the film’s concept, story, characters and design scheme took shape. After initial work with the story and animatic, animation director Chris McKay relocated from Santa Monica to Australia for the animation production at Animal Logic. And at LEGO headquarters in Denmark, top designers under the direction of design VP Matthew Ashton (also an exec producer on the film) used their hands-on construction know-how to come up with realistic, functional designs for characters, vehicles and props dreamed up by the filmmakers. (Hey, you try building a pirate ship that can turn into a submarine out of little plastic chunks on your own!)

If You Build It…

“We broke one of the cardinal rules of our CG animation world. We never liked things to look photo-real … We wanted our characters to look exactly like LEGO bricks. The lighting was also super-duper realistic. We were going for the cleverness of represented objects.” — Director Phil Lord

To carry over the hand-crafted look of stop-motion shorts, the filmmakers opted to digitally create millions of LEGO bricks modeled on real-world pieces which were used to construct everything in the film’s world. “We broke one of the cardinal rules of our CG animation world. We never liked things to look photo-real—that’s what we especially avoided in Cloudy with a Chance of Meatballs,” notes Lord. “We wanted our characters to look exactly like LEGO bricks. The lighting was also super-duper realistic. We were going for the cleverness of represented objects.” The final tally was 3,863,484 unique bricks, reused and recombined so that the film required over 15 million in all–in addition to 183 unique minifigures, some classic LEGO characters and some brand new.

By building each scene literally brick-by-brick, the filmmakers were able to tweak things like surface damage (scuff marks, fingerprints) and irregularity in how the bricks were put together to create a more life-like look. A lot of R&D time and lighting designers’ headaches went in to balancing the shiny plastic quality of LEGO bricks with realistic wear and tear. Since a key part of the film’s story are the Master Builders–minifigures with the power (and creativity) to disassemble structures and reuse the pieces to create something new–using individually modeled components rather than flat backgrounds was invaluable for the film’s many de- and reconstruction sequences.

“We worked with incredible sensitivity to make the CG feel like it was step-by-step, stop-motion animation,” says McKay, who also served as co-director, co-editor and head of story on the film. “Our team really delved deep into observing the little mistakes and idiosyncrasies of stop-motion animation.” Best known for his work on hit stop-motion TV series Robot Chicken and Moral Orel, McKay was the ideal person to guide the design, lighting and animation teams toward a hand-crafted feel.

In fact, the crew got so into the idea of using LEGO pieces to create everything in this unique universe that even effects elements like smoke, water, rock formations and fire are made up of them. “One of the special stylistic touches we added to the movie was that we stayed away from motion blur,” says Miller. “We developed a way to create the blur made up of LEGO bricks which were the same color as the characters’ bodies. We’d allow those bricks to be on the screen for a few seconds [to create the effect].”

Emmet’s unwelcome quest takes him and his company of adventurers across many different landscapes made up of these peculiar pieces. The directors say that each quirky location was inspired by classic movies–an oater-influenced Western town, a castle reminiscent of Lord of the Rings, the no-rules wonderland of Cloud Cuckoo Land that takes cues from Yellow Submarine. And many of the film’s designs and characters were taken from well-known LEGO products.

One of the big challenges for the animation department was how to keep the flat, printed-on look of minifigures’ faces while allowing for the range of emotion and personality needed to connect an audience with a character. In fact, until the studio honchos saw the original test animatic, they were not convinced CG was the way to go.

“When we started the project, they didn’t think we could get any emotion or get audiences to care about these little brick characters. They thought that was crazy … You don’t need to make animation any more complicated. You can do a stripped down thing–raw, pure and visceral.” — Animation director Chris McKay

“When we started the project, they didn’t think we could get any emotion or get audiences to care about these little brick characters,” McKay admits. “They thought that was crazy. But we were able to show them a test, show them you could empathize with this guy. You don’t need to make animation any more complicated. You can do a stripped down thing–raw, pure and visceral.” McKay encouraged his animators to act out as the characters to really dig in to the emotions needed, which were then assembled from a massive library of eyes, brows and mouths for the diverse characters.

Other limitations of the characters add to the film’s hand-made aesthetic, despite using high-end proprietary CG solutions at Animal Logic. The filmmakers wanted to avoid making the minifigures move in ways they can not in real life, so characters sometimes walk, sometimes hop and sometimes seem to have been picked up by an invisible hand and propelled forward.

“Our animators were super nerdy about making it feel like stop motion,” says McKay. The crew even made a point of not using any CG rigging cheats–only the kinds of tricks you would use on a stop-motion set. “When I want a character to scratch their eye, there are things that you can do–break the arm off, puppet the arm. We did all kinds of little cheats, the things you do on set. If you slow the movie down frame by frame, you can see when we pull a leg off a character he hits the ground and we anticipate the leg hitting the ground, we release on the way down and the body goes ahead of the leg. When it’s up to speed, it looks like squash-and-stretch and ricochets.”

In addition to the challenges of creating engaging expressions and figuring out how to move both the minifigs and brick-built characters like Unikitty and Metal Beard (who, after a vicious battle with President Business, has been forced to replace most of his body parts with a Swiss Army Knife-like collection of tools and bits), the team also had to find ways to bring the gritty, real-world feel of the rest of the LEGO world to the characters. Benny the Spaceman, who along with Batman is based on a real LEGO figure, had a special place in the directors’ hearts. As a favorite from their ’80s childhoods, they wanted Benny to look well worn by time and trial, so the designers and CG team gave him a broken helmet and a plastic body riddled with teeth marks, scratches and dust.

One Brick at a Time

On top of the digital wizardry and the delicate balancing act needed to create a stunning, modern CG epic that felt like something a very determined kid could shoot frame-by-frame in his basement, the principals note that the biggest challenge was finding their way to a story that would entice audiences and take full advantage of the possibilities of a LEGO-built world.

“The toughest part was finding a clear, emotional story that would track all the way through,” Miller asserts. “It had to funny and fun and full of imagination. Our teams in Sydney and Los Angeles and even the LEGO studios in Denmark worked very well together to deliver the movie. We did the animatic and, if we found out that the story didn’t work, we just tore it down and built everything all over again. We did double time and nobody ever slept!”

The collateral damage of sleep withdrawal and severe caffeine addictions aside, the team thinks they found just the right combination of building blocks to create something truly original out of a well-known brand. “We’ really happy that although it goes to so many different worlds, the movie holds together and actually keeps you really involved with the characters’ journeys,” says Lord. “We broke so many rules and were still able to tell a story that kids can relate to. It also has a bit of a message about creativity, innovation and ingenuity—things that you can probably write a college paper about!”

“I am really psyched about this movie because we wanted to make this movie to feel like the way kids play,” adds multi-tasker McKay. “When they play, they lose themselves in these serious and epic worlds, as absurd as it all seems. Imagine [The LEGO Movie] is what Henry Selick and Michael Bay would make if they got together and decided to do a big movie together!”

Meet the Shiny Future of Law Enforcement
The Past Ain’t What It Used to Be!