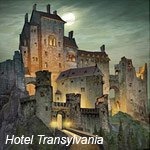 Pop star Miley Cyrus is the newest addition to the cast list of Sony Pictures Animation’s 2012 feature Hotel Transylvania. The Hannah Montana star will be the voice of Mavis, the teenage daughter of Dracula (voiced by Adam Sandler) who runs a resort for monsters and their families. Directed by Genndy Tartakovsky (Dexter’s Laboratory, Samurai Jack), the movie will be released on Sept. 21, 2012.

Here’s the studio’s description of the feature:

Welcome to the Hotel Transylvania, Dracula’s (Sandler) lavish five-stake resort, where monsters and their families can live it up, free from meddling from the human world. But here’s a little known fact about Dracula: he is not only the Prince of Darkness; he is also a dad. Over-protective of his teenage daughter, Mavis, Dracula fabricates tales of elaborate dangers to dissuade her adventurous spirit. As a haven for Mavis, he opens the Hotel Transylvania, where his daughter and some of the world’s most famous monsters – Frankenstein and his bride, the Mummy, the Invisible Man, a family of werewolves, and more – can kick back in safety and peace. For Drac, catering to all of these legendary monsters is no problem – but his world could come crashing down when one ordinary guy stumbles on the hotel and takes a shine to Mavis. 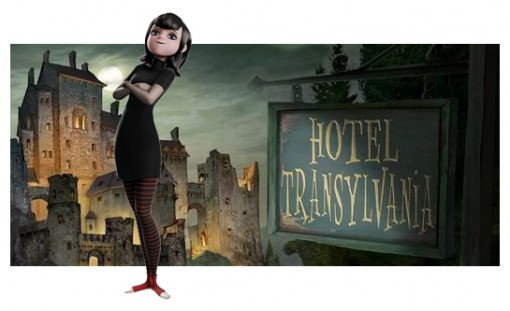 Also lending their voices to the project are Kevin James as Frank (a.k.a. Frankenstein); Fran Drescher as the bride, Eunice; David Koechner as Quasimodo; Steve Buscemi and Molly Shannon as married werewolves Wayne and Wanda; Cee Lo Green as the mummy Murray; Andy Samberg as Jonathan, a 21-year-old regular guy who becomes a guest at the hotel, and David Spade as Griffin the Invisible Man.