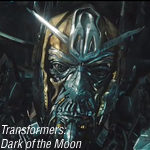 Can a one-two comedy punch topple the mighty Transformers where other films have failed?

That’s the test of this weekend’s box office, as Michael Bay’s visual-effects extravaganza tests its legs after a huge six-day holiday opening. Based on the Hasbro toy line and 1980s animated TV series, Transformers: Dark of the Moon has grossed $202 million domestic and $282 million foreign for an eight-day gross of $486 million.

That may be more than the newcomer comedies Horrible Bosses and Zookeeper can handle. New Line’s Horrible Bosses opens in just over 3,000 cinemas, while Sony/Columbia’s Zookeeper is set for about 3,400 locations.  The latter has some potential thanks to star Kevin James, whose previous comedy, Paul Blart: Mall Cop, was an unexpected hit upon release in January 2009.

Also still in the race is Disney/Pixar’s Cars 2, which has driven more than $130 million in domestic ticket sales and earned about $82 million abroad for a total of $212 million worldwide.

The summer box office race will hit overtime next weekend with the release of Harry Potter and the Deathly Hallows, Part 2, bringing the beloved series to its finale. Also next week is the U.S. debut of Disney’s most-recent hand-drawn animated feature, Winnie the Pooh. The film has already opened in most foreign markets, where it made an estimated $6.5 million.