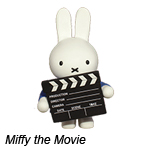 Having hit a total audience of 120,000 moviegoers in The Netherlands, Miffy the Movie has attained the status of “Golden Film.” The first feature outing for Dick Bruna’s popular bunny character is directed by Hans Perk from a script by James Still and premiered in The Netherlands on January 30, 2013. The Golden Film Award was presented to Miffy on behalf of the Dutch Film Festival and the Dutch Film Fund. The 100,000th visitor was three-year-old Maud Mulder from Utrecht, Netherlands.

The stop-motion film follows Miffy and her friends Grunty, Melanie and Snuffy as they go on a treasure hunt through the zoo, solving a series of riddles given to them by Mother and Father Bunny. Along the way the critter kids meet many animals and have all sorts of fun adventures. Voices are provided by Dutch celebrities with music composed by Tom van Beers recorded by the Dutch Metrepole Orchestra and others.

Miffy was produced by Telescreen Filmproducties, a subsidiary of Germany’s m4e Group, in co-production with A. Film Production, KRO Television and Mercis, with support by the Dutch CoBO Fund, The Dutch Film Fund, MEDIA for Developent and i2i. Warner Bros. Pictures distributes the movie in The Netherlands, where it is currently playing on 122 screens. 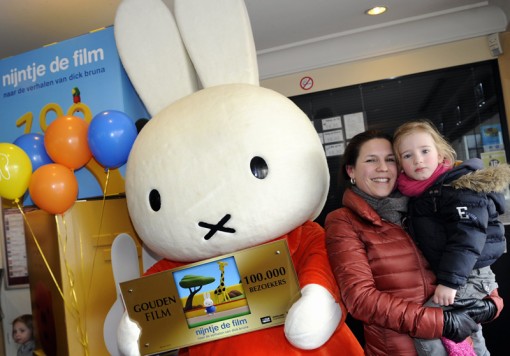