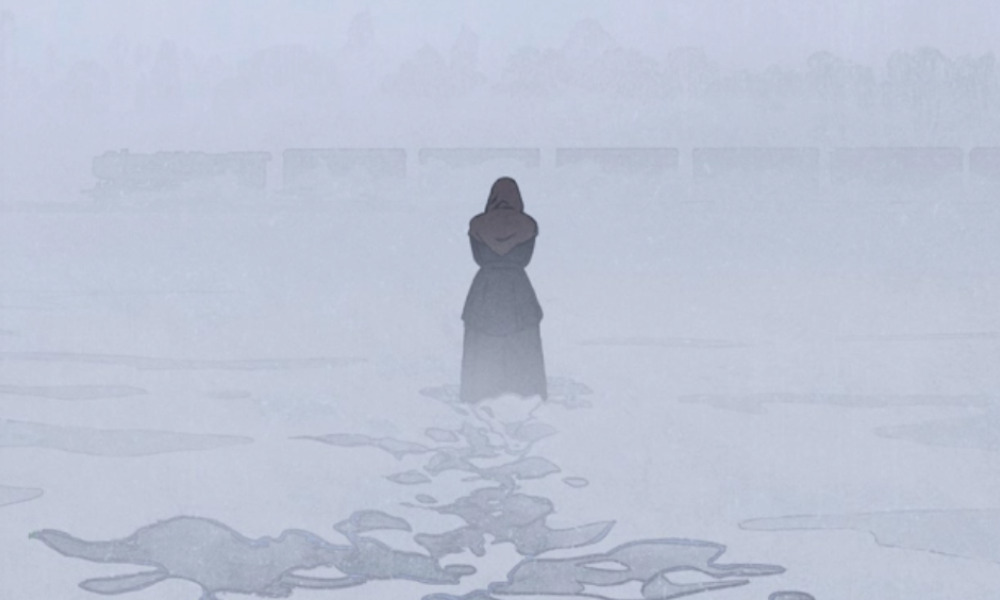 Last week, acclaimed French director Michel Hazanavicius, who is best known for his Oscar-winning live-action movie The Artist, offered details about his upcoming animated film, The Most Precious of Cargos, to audiences at the Annecy festival. The Franco-Belgian project, which is slated for a 2024 release, will begin production this October at 3.0 Studio (formerly known as Prima Linea) which was behind acclaimed movies such as The Red Turtle, The Bears’ Family Invasion of Italy and Fear(s) of the Dark.

The WWII-set film, which is based on the book by French playwright and children’s author Jean-Claude Grumberg, tells the story of a Jewish family deported to Auschwitz, and the fate of their newborn twins, one of whom is thrown out of the train and found by a poor woodcutter and his wife in a Polish forest. 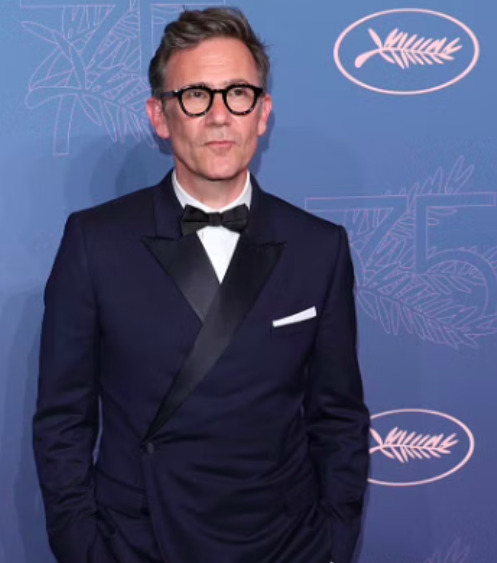 Hazanavicius told the audience that his own family fled the Nazis in Eastern Europe and that’s why he was initially hesitant to embark on this project. But he pointed out that he was very moved by the book and that book’s author is a long-time family friend who collaborated with him on the script.  He added, “The last survivors of the Holocaust are dying, and soon there will be no longer any verbal testimonies of that period in time, as we are moving into history with a capital ‘H.” It’s now up to fiction to tell these stories, which were sacred until now. Doing so through a fairy tale told in animation, which is the ultimate form of fiction means taking responsibility for this entry into fiction—and that seemed like a noble venture to me.”

The director said he wanted to tell the story in a classic, 2D animated, fairy-tale style format. He looked at early Disney movies, early 20th century Russian paintings and Japanese prints to get visual inspirations for the project. He also noted that making his silent movie The Artist was very helpful as preparation for his first animated movie. He pointed out, “I storyboard all my films because this enables me to have a purely graphic vision of what they will look like. There is very little dialogue in this film, so the role of the images is all the more important as they speak in place of the dialogue. My ambition is that if you cut out the sound you still understand the film.”

Iconic French film actor Jean-Louis Trintignant, who passed away last week at age 91, has narrated the movie. Gérard Depardieu and Dominique Blanc voice the woodcutter and his wife and Denys Podalydes plays a character known as Man with the Broken Face. Oscar-winner Alexandre Desplat is composing the music. Studiocanal will handle international sales. 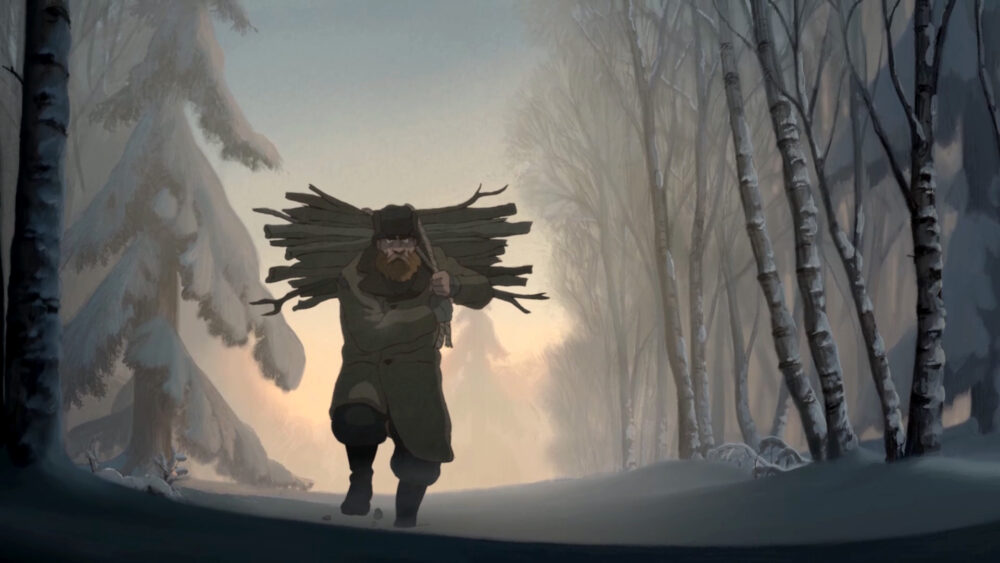 Development art for The Most Precious Cargo

Veteran Exec Michael Carrington to Leave ABC to Return to Producing Sector
Animated Musings: How Many Hats Does a Development Professional Wear?