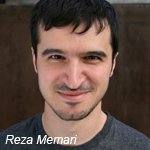 Our European correspondent Peter Schavemaker recently had the chance to talk with Reza Memari, the Berlin-based writer and co-director of a new CG-animated feature titled Richard the Stork. A co-production between studios in Germany, Belgium, Luxembourg and Norwegian, the movie recently closed distribution deals in China, Korea and Poland. The story centers on a journey of self discovery made by an orphaned sparrow who is raised by storks.

When did you come up with the film’s story?

Memari: I had the idea for the story in 2007, when I saw sparrows fly by and was wondering why is that sparrows don’t migrate. They don’t go to Africa, like the other birds, and it felt unfair. Somehow I felt connected to the sparrows.

Was this because of your background? You were born in Iran and fled to Germany with your family.

Yes, Richard the Stork is also a very personal story. It is about integration and asking the questions: who and where are you? And who do you want to be? The story is also about being different within a group of people.

What is an example of a storyline, explaining the personal involvement.

My father told me I would probably never be a successful creative in the film industry. Richard’s father is telling him he will never make it to Africa. He says: ‘You are not what you think you are.’ But, indeed, he had the strength to strive toward his dreams, kind of as I am doing. Recently the relationship with my father became better, because he saw me being successful in the industry.

Richard the Stork is a family road movie, not only targeting children. We are using emotions and humor as tools to deliver our messages without seeming heavy or preachy. In that regard you can compare the storyline to Finding Nemo.

The film features a variety of misfit characters, including Olga, a tomboyish owl who is supposed to be roaming the forest with the other pygmy owls, who is also excluded And Kiki, a green and yellow parakeet convinced that the entire world is waiting to swoon over his incredible beauty, not to mention his glorious disco singing voice.

We started out with five characters, but that seemed too complicated for the story. We still need to finalize the character design of Richard, Olga and Kiki. Both sidekicks carry elements of Richard’s conflicts and therefore heighten them throughout the film.

Do you hope the film will premiere in Iran too?

Yes, I hope so. That would be great and helpful to many Iranians. But Richard’s story is universal and I want the film to be enjoyed all over the world.

Animation studios Rise (Cloud Atlas), Walking the Dog (A Monster In Paris), Studio Rakete (Niko & The Way To The Stars) and Studio 352 (Ernest & Celestine) and BUG (City of Friends) are producing the movie. Toby Genkel, former co-director of Thor: The Legend of Vahalla is directing. Kristine Knudsen (Knudsen & Streuber, Berlin) is the delegate producer in cooperation with Emely Christians from Hamburg based Ulysses. Delivery in scheduled for 2015. For more info, visit www.richardthestork.com. 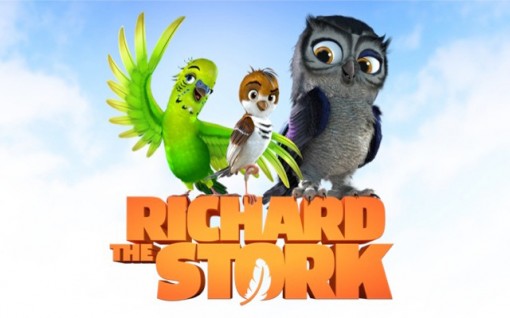