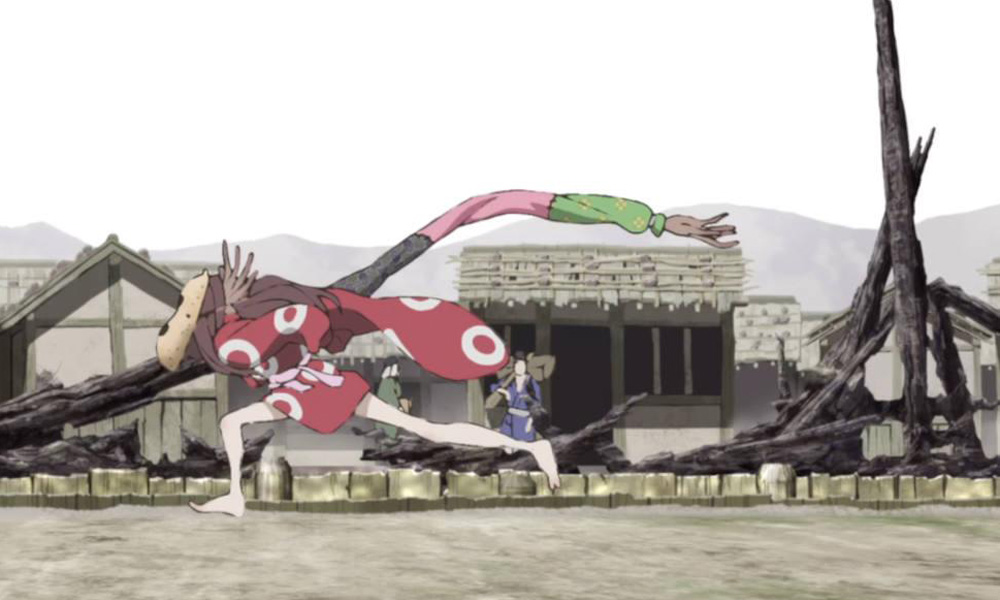 Inu-Oh, the latest feature from award-winning director Masaaki Yuasa, is celebrating its World Premiere at the Venice International Film Festival (www.labiennale.org/en/cinema/2021) in the Orizzonti Competition. The animated rock musical produced by acclaimed Japanese animation studio Science SARU is based on the original novel The Tale of the Heike: The Inu-oh Chapters by Hideo Furukawa about Inu-oh, a real performer who lived 600 years ago.

The film’s World Premiere will take place September 9 at 2:25 p.m. in the Sala Darsena. Stateside distributor GKIDS has acquired U.S. rights and is planning a nationwide release in 2022.

Synopsis: Inu-oh is born with unique physical characteristics and the horrified adults cover every inch of his body with garments, including a mask on his face. Tomona is curious boy from the countryside who loses his sight in a strange accident. One day, Inu-oh and Tomona, now a blind biwa player, meet. Inu-oh asks him to write a song about his life. Tomona plays a delicate song of their tangled fate, Inu-oh, dances as he never knew he could. Inu-oh and Tomona become business partners and inseparable friends as song after song gain them notoriety and propel them to stardom. Through the songs, Inu-oh mesmerizes his audiences on stage, and gradually begins to transform into someone of unequaled beauty. It is a story about the friendship of Inu-oh and Tomona, who dance and sing to get to the truth of their pasts and break each other’s curse.

Inu-oh’s voice and songs are performed by Avu-chan (Queen Bee), one of the most influential emerging artists today. Inu-Oh tells a story of modern life – whether to accept one’s fate and live according to mainstream conventions to seize glory or to forgo rewards and stay true to your own beliefs.

Masaaki Yuasa was born in Fukuoka prefecture, Japan on March 16, 1965. He made his feature-length debut in 2004 with Mind Game, which won awards in Japan and overseas, including six prizes such as Best Film, Best Director and Best Script, at the 2005 Fantasia International Film Festival. His film Lu Over the Wall won the Cristal for Best Feature Film at the 2017 Annecy International Animated Film Festival. His latest film, Ride Your Wave, won the Award for Best Animated Feature Film at the 2019 Sitges International Fantastic Film Festival and was nominated for the 2021 Annie Award. In addition, his latest series Japan Sinks: 2020 won the Jury Award for a TV Series at Annecy 2021. His other major works include Ping Pong: The Animation; Night Is Short, Walk On Girl; Devilman Crybaby; and Keep Your Hands off Eizouken.