Hot on the heels of the announcement that Sherlock star Benedict Cumberbatch is set to star in the big-screen adaptation of Doctor Strange, Marvel Studios has announced titles and dates for its coming slate of superhero movies, which also includes feature adventures starring favorite characters Black Panther, Captain Marvel and The Inhumans.

The announcement was made at a fan event in Hollywood’s historic El Capitan Theatre, and included the big reveal that Marvel will take a page from the Harry Potter and Hunger Games franchises and split the third Avengers adventure into two films slated one year apart. Chadwick Boseman, who will play the Black Panther, made an appearance alongside Chris Evans and Robert Downey Jr. 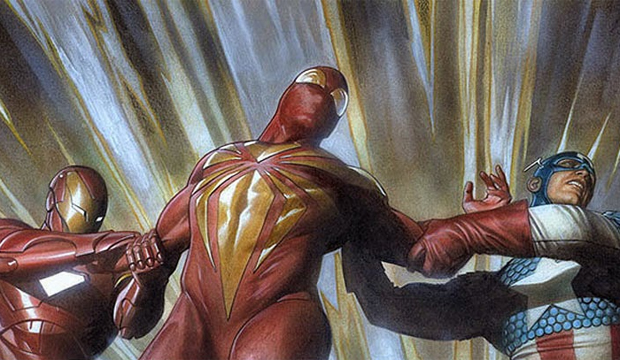