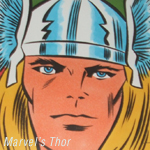 Thor has proven mighty enough at the box office for Marvel Studios to give the green light to a sequel.

Set for release July 26, 2013, Thor 2 is in search of a director now that Kenneth Branagh has opted out of returning for the sequel. Deadline.com reports Branagh likely will still be involved in a producing capacity and that the decision for him not to direct was a “mutual and amicable” one with Marvel.

In announcing the sequel, Marvel also announced it has hired Don Payne to write it. Payne was one of three credited writers on the screenplay for Thor and also worked on Marvel’s Fantastic Four: Rise of the Silver Surfer. He also has worked as a producer and writer on The Simpsons.

The announcement confirms that Marvel is looking to continue all its franchises. Marvel has Captain America: The First Avenger due out July 22, which will be a part of the same universe as Thor, Iron Man, Iron Man 2 and The Incredible Hulk in building up to next summer’s The Avengers. The studio also has Iron Man 3 set for 2013, with plans to roll out that sequel May 3.

Other Marvel films in development at other studios include The Amazing Spider-Man, a reboot for next summer from Sony/Columbia; and a second Wolverine film for star Hugh Jackman that is set to shoot starting for Fox later this year.

Thor was created by Stan Lee, Jack Kirby and Larry Lieber and first appeared in the 1962 comic book Journey into Mystery #83.