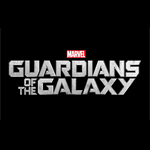 Marvel Studios has begun principal photography in the U.K. for its next epic film adventure, Guardians of the Galaxy, at Shepperton Studios. The film is slated for release by Walt Disney Studios in the U.S. on August 1, 2014, following the highly anticipated upcoming sequels Thor: The Dark World (Nov. 8, 2013) and Captain America: The Winter Soldier (April 4, 2014).

Directed and written by James Gunn (Slither, Super), who also crafted the story with Nicole Perlman, the film will introduce a whole new dimension of the Marvel Universe, based on the 1969 comic about 31st century space-faring heros in an alternate time-line written by Arnold Drake and penciled by Gene Colan. The action-packed spectacle will star Chris Pratt as Peter Quill a.k.a. Star-Lord, Zoe Saldana as Gamora, Dave Bautista as Drax the Destroyer, Lee Pace as Ronan the Accuser, Michael Rooker as Yondu, Karen Gillan as Nebula, Djimon Hounsou as Korath. The cast will also be complimented by Benicio del Toro (The Collector), John C. Reilly (Rhomann Dey) and Glenn Close (Nova Prime).