Among the numerous comic-book-related news items that were revealed at Comic-Con this past weekend was that Marvel has set August 1, 2014 as the release date for its next superhero movie Guardians of the Galaxy. In addition, an adaptation of Ant-Man (a likeable hero who “kicks ass one inch at a time,” per writer Edgar Wright) is also in the works, penned by Wright and Joe Cornish.

The sequel to Captain America is subtitled The Winter Soldier and will be ready for April 4, 2014, while the Thor sequel, The Dark World, is set for Nov. 8, 2013, which is directed by Alan Taylor. Iron Man 3, directed by Shane Black, will be released on May 3, 2013 and will co-star Jon Favreau, Ben Kingsley and Guy Pearce, and bring back Robert Downey Jr. in the titular role. Downey Jr., Don Cheadle, Black and Jon Favreau all showed up for the panel at Comic-Con. 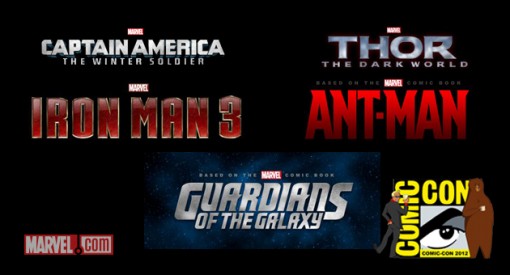