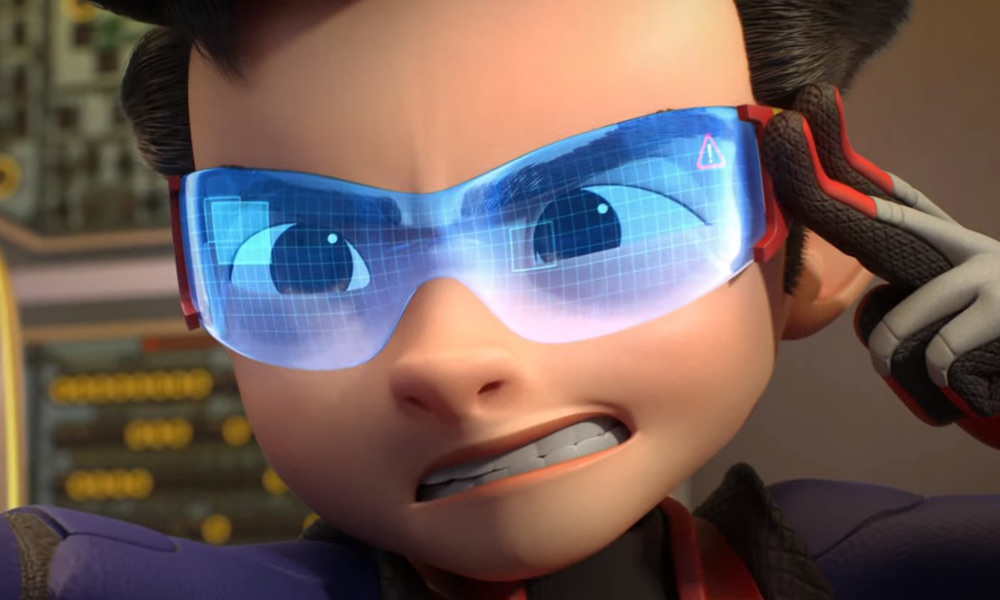 With 2 million eyeballs tuned in weekly on TV3, Malaysia’s largest free-to-air channel, and over 1.4 million subscribers on YouTube, Ejen Ali is one of Asia’s fastest-growing animation brands. Since debuting in 2016, the series has been broadcasted in over 50 countries, including on regional networks Disney Asia, Nickelodeon India, MNCTV in Indonesia and AlMajeed TV in the Middle East and North Africa.

Ejen Ali The Movie follows 12-year-old Ejen Ali, who after being accidentally recruited as a spy has now grown to embrace his role in secret agency Meta Advance Tactical Agency (MATA) to protect the futuristic city of Cyberaya from outside threats. Ali is surprised to discover that he is no longer the only master of the Infinity Retinal Intelligence System (IRIS) gadget, since MATA has now upgraded to IRIS Neo for all MATA agents. When the new invention leads Ali to question his place and usefulness to MATA, he is approached by a rogue figure who claims to know about a surprising personal connection to Ali. Risking his loyalty to MATA, Ejen Ali embarks on a thrilling chase to unravel these mysterious links.

“2019 is fast becoming the year Malaysian animation dominates at the local box office,” Primeworks Studios CEO Datuk Ahmad Izham Omar said during the announcement. “Kudos to Wau Animation for their ingenious craftsmanship and contribution in bringing Malaysian cinema to a whole other level. We hope fans and movie-goers alike will show their support for Ejen Ali this coming school holiday season.”

Usamah Zaid Yasin, CEO of Wau Animation, added, “We truly appreciate the unyielding support from Ejen Ali’s die-hard fans, who motivate us to continue reaching for new heights in producing the first feature film. We hope our efforts to polish and perfect the film will exceed all the hard-won fans’ expectations.”

Ahead of the film’s release, the first single from the original soundtrack, “Bukalah Matamu” by Aisyah Aziz and rising rapper Bunga, was released on September 20 on all major music streaming platforms. The lyric video was also released on YouTube and has chalked up over 700,000 views to date. The second single, “Kita Jaga Kita” by hip-hop maestro Altimet with Cuurley and Malik Abdullah, will be released this Friday, October 25; a lyric video will also be launched on the Ejen Ali YouTube channel at noon on the same day. The film’s score is composed by Azri Yunus and Hakim Kamal, both key members of the Ejen Ali production team since its inception.

Primeworks Studios and Wau Animation also announced multiple collaborations in line with the film’s release; namely with Tenaga Nasional Berhad, Mydin and Pediasure for exciting joint marketing campaigns. A series of roadshows will also be announced soon for fans of Ejen Ali to meet the character mascots in person and to win exclusive movie merchandise. New branded consumer products are set for release too, such as kids’ body wash from Carrie BacBuster, revamped Back-To-School range, toys, confectionery and many more. These products will be made available nationwide through retail stores like Mydin, Parkson and AEON.