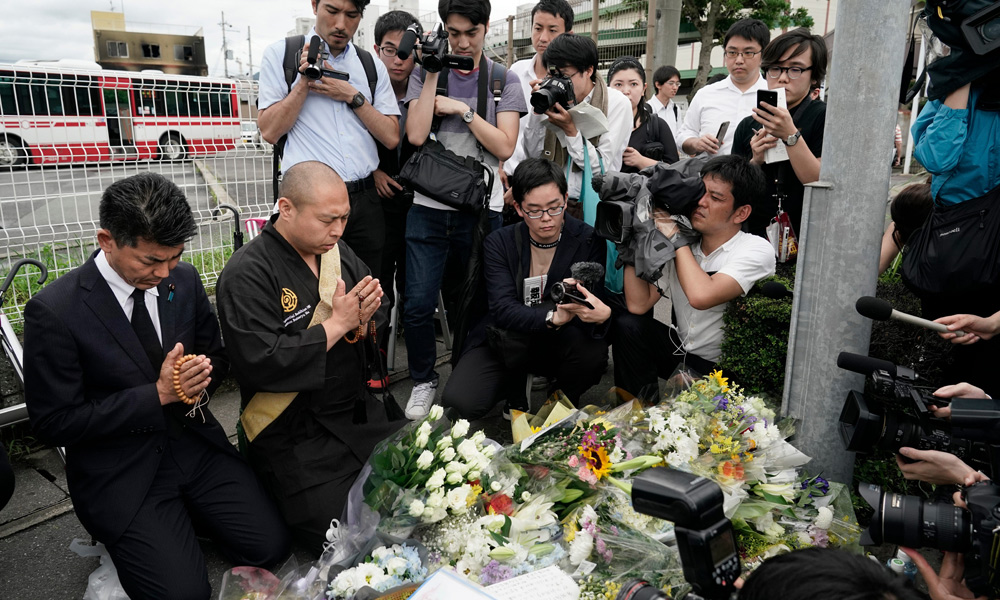 As police investigated the aftermath of the arson attack on Kyoto Animation on Friday, The New York Times reported that 20 of the 33 people killed were women. Victims’ names have yet to be released, pending the results of ongoing autopsies and family notifications. The studio reportedly employs twice as many women animators as men.

An additional 36 people were injured in the fire, some critically. About 70 employees were in the three-story No. 1 Studio building at the time of the attack.

Police later identified the suspect, still hospitalized for burns at the time of the announcement, as a 41-year-old Tokyo area man named Shinji Aoba. Reports on broadcaster NHK and elsewhere said the man had previously spent three and a half years in prison for a convenience store robbery and had mental health problems. These reports were not immediately confirmed by police.

The suspect entered the studio through the unlocked front door with two containers of flammable liquid, which he set on fire with a lighter while shouting threats at employees. The fire blocked the front door and spread through the building and up the stairs to all three floors. Some employees were able to escape through windows, while others tried to escape to the roof but were unable to reach safety. Police confiscated the petrol containers and a bag containing knives and hammers at the scene.

Aoba, who was/is not an employee of KyoAni, told police that he set the fire because he believed the widely admired anime studio had stolen his ideas.

As the investigation goes on, a steady stream of mourners from around the country have come to pay their respects and lay flowers near the site.