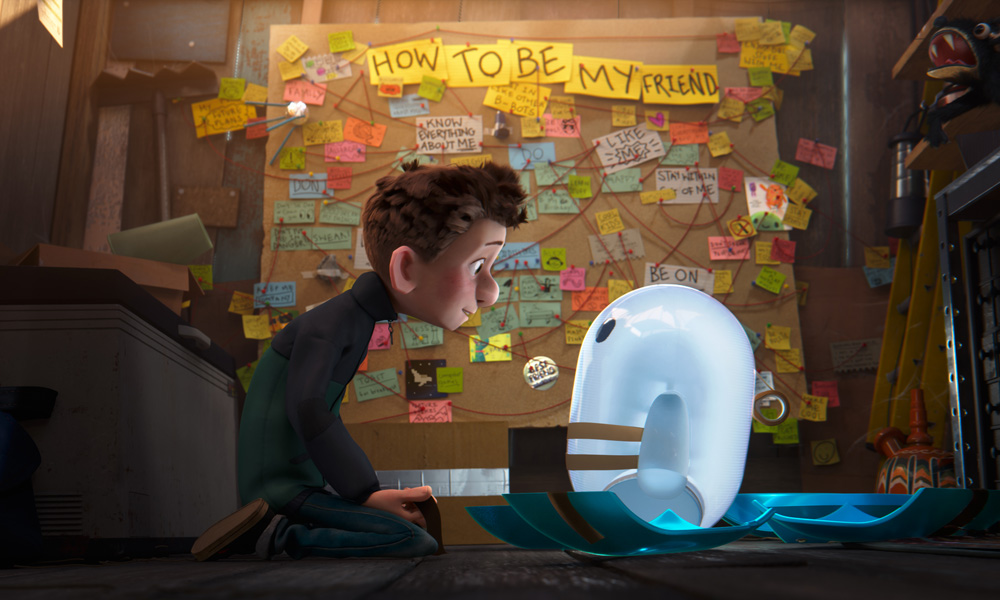 Navigating the challenging and at times cruel world of middle school has never been easy. In Ron’s Gone Wrong, the new 3D CG feature from Locksmith Animation, the filmmakers explore a young boy’s harrowing trip through this world when his father gives him a “B-bot,” the personal robot that every tween wants. Barney, the film’s main character, thinks his new digital friend Ron will make him cool and become a surrogate friend. Instead, the robot quickly breaks down and embarrasses him beyond words.

“It’s a universal experience,” says Sarah Smith, who co-directed the film with J.P. Vine and co-wrote it with Peter Baynham. “We all feel that everybody else has got it all sorted and that we’re the one who’s feeling awkward. The message of our movie is that everyone feels that way and you will find your friends along the way: You are worthy of friendship.” 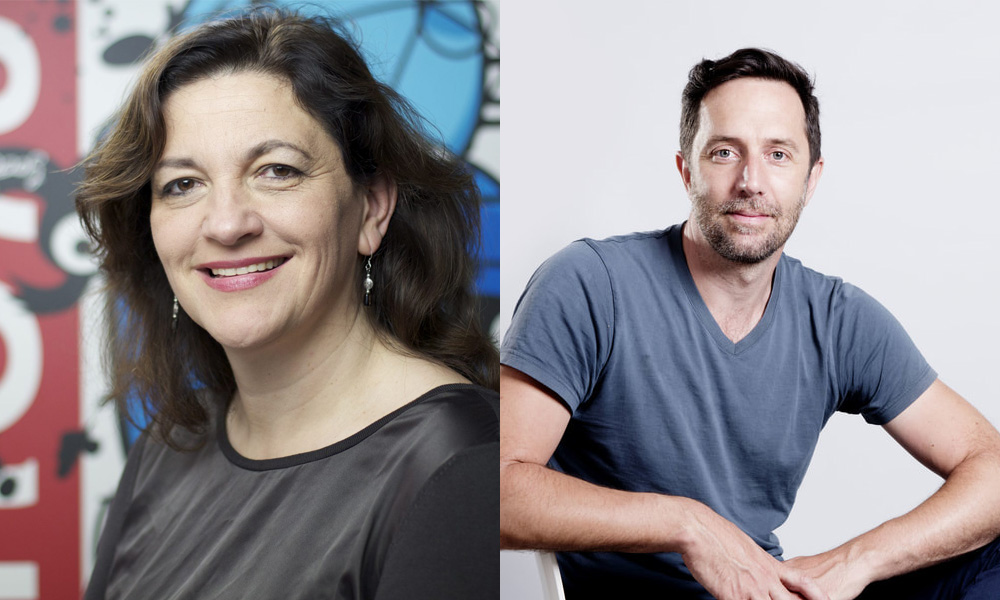 Standing Up to Cyberbullies

Smith, who directed Arthur Christmas (2011) and co-exec produced The Pirates! Band of Misfits (2012) for Aardman Animations before founding Locksmith with Julie Lockhart and Elisabeth Murdoch in 2014, says she was also struck by how the older child of one of her colleagues was being bullied online. “The other kids were bullying him online by anonymously saying things like, ‘You should kill yourself,'” she notes. “I just thought that never would happen in a world where kids could see each other. We all know that communicating by text is dangerous. We don’t handle it well emotionally. We just thought, these are the things that parents worry about and that kids are going through, and we wanted to do a movie that focused on those themes.”

The film’s screenwriter, Peter Baynham, whose credits include the Borat movies and the first Hotel Transylvania feature, adds, “It used to be that you could have your miserable day at school — and I could go home and go to my room and read Stephen King books. But now, it follows you home, so that was part of what we wanted to talk about.”

Co-director J.P. Vine had the same connection with Barney. “I still don’t know if I’ve figured it out,” he laughs. “But I’m still intensely terrified by meeting people in L.A., because it’s just not knowing the codes of behavior. And I think that was something we talked about with Barney. It’s like he’s just terrified. He doesn’t know the physical code, the language codes, the group tribal codes. You can tell that some of the people that animated Barney, I think, intensely identified with him as well.”

The filmmakers wanted to push the comedy of how Barney related to his new robot, so they turned to some classic inspirations. For the design of the B-bot, animation director Eric Leighton and Vine referenced Buster Keaton and the aliens from the film Galaxy Quest. In the case of the aliens, they were outsiders who didn’t know the social norms of any of the humans around them, which made them just perfect.

“The design team were able to create this really special world for our character,” says Baynham. “Ron is part of this kind of technology which we always thought of as something from two years in the future. We wanted it to be a world that kids especially could see as their life, and that makes it all the more relatable. I remember us having discussions in the beginning about the world that they were in, and making sure that it was not drab and depressing, but that it was somewhere in middle America that people see around them. Then the devices light up that world that kids are familiar with.”

Vine saw the B-bots in a very specific way and related to many of our familiar modern tech developments. “They have these elegant shells, and you can download your own skin and make it an incredible kaleidoscope of characters,” says Vine. “However, we thought of Ron as broken. He’s the basic version of a computer — just like the DOS prompt. He’s the very basic code that runs the motherboard. We thought of him as a Game Boy, or like simple black-and-white pixels: We wanted the animators to use those pixels in really cool ways and kind of break him.”

The film features the voices of Zach Galifianakis as Ron and Jack Dylan Grazer as Barney, as well as Olivia Colman, Ed Helms and Justice Smith, among others. However, the physical acting created by the animators was central to the storytelling.

“One of the things that I do with my animation crews, wherever possible, is to have this mandate about truthful acting — even if it’s a comedy about robots,” says Leighton, who led animation teams on Sherlock Gnomes, Coraline, The Nightmare Before Christmas and directed Disney’s Dinosaur. “I will try and force the animators to get physical, act it out, improv and to find new ideas and do what I call catching lightning in a bottle.”

The animation director says he doesn’t like to make everything smooth and cleaner in CG, but prefers capturing spontaneous moments from the actors or animators. “You want to catch those beats and then just protect them as much as you can, all the way through so that they’re still fresh and real by the time that you get to the end,” he explains. “The other thing that I did early on with Ron when I came on, was to add a whole tracking pass with him as far as how broken he was. That was very important to the story, to show that he was learning and developing.”

Pre-production for Ron’s Gone Wrong, which is London-based Locksmith Animation’s first feature, began in 2015. The producers assembled a crew of about 80 animators who began production in-person but later had to go remote when the pandemic lockdowns were put in place in the United Kingdom. Vine and Leighton believe it helped the crew to have had some time to see one another before they had to work from home since it made communication easier later on in the production. The film’s production pipeline was provided by leading British VFX and animation house DNEG.

As the filmmakers await the film’s release this month, they hope they have been able to capture feelings and nuances that audiences will respond to all over the world.

“For me, the absolute killer films that are classics and have stood the test of time are the ones that tap into emotions that are so strong that they become part of the psyche of the adult,” says Smith. “For example, Toy Story is about the new baby that comes along, but you do spend the whole of your adult life going, ‘Who’s the new person coming up?’ Those emotions stay with us because they are imprinted on us as a kid as part of who we are. So, I would hope that Ron’s Gone Wrong is resonant for everybody because those childhood experiences are part of who we are.”