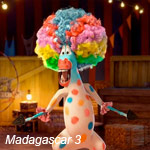 The third time was a charm for the lovable animals of DreamWorks’ Madagascar franchise as the movie scored an impressive $60.4 million at the U.S. box office (June 8-10) and landed on top of the ticket sales chart. Co-directed by Eric Darnell, Tom McGrath and Conrad Vernon, the pic debuted slightly behind the second outing of the animals, Madagascar: Escape 2 Africa which opened with $63.1 million in 2008 and went on to bring in $603.9 million globally.

The third chapter of the franchise has also been doing very well in international territories, collecting a $75.5 million from 28 markets, including Russia, where the film had the biggest opening day ever in the country’s history on Thursday and brought in $16.5 million in the country.

The No. 2 spot belonged to Ridley Scott’s sci fi epic Prometheus, which got a healthy start with a $50 million weekend. The quasi-Alien prequel played in 862 fewer theaters than Madagascar 3. The overseas numbers for the movie was a healthy $91.4 million in 50 foreign countries. Meanwhile Lionsgate’s blockbuster The Hunger Games crossed the $400-million milestone at the domestic box office during its 11th weekend at the box office. 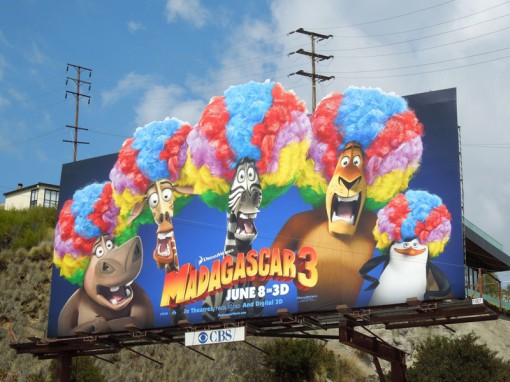