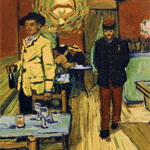 The artistic, ambitious European co-pro Loving Vincent — the world’s first fully oil-painted feature film — is winning over audiences around the globe, having already proven a festival and critical darling. First released in the US on Sept. 22 by Good Deed Ent., Vincent is set to cross the million-dollar box-office mark thanks in part to a roll-out strategy that saw it open in more than 100 theaters across the US and Canada this weekend. (Find your local participating US theater here.)

In Poland, distributor Next Film was predicted to cross 150,000 admissions this weekend after only 14 days in release. However, the biggest success so far is in Italy, where distributor Adler’s event release opened at No. 1 on October 16, with more than double the daily box office of Blade Runner 2049. Loving Vincent has garnered over 120,000 admissions and is approaching $1.3 million USD box-office in only three days.

The BreakThru Productions/Trademark Films Polish-UK co-production has also started strongly in Switzerland, the Middle East, Vietnam and Chile and will release in over 130 territories in coming months. Starring Douglas Booth, Saoirse Ronan and Chris O’Dowd, Loving Vincent earned the prestigious Audience Award at the Annecy animation festival this summer, and is tipped as an Academy Award front runner. Rotten Tomatoes shows an 89% top critics rating, and audience approval of 94%.

Read more about the film in Ramin Zahed’s feature story from the October issue of Animation Magazine (No. 273).

Loving Vincent explores the questions around Vincent Van Gogh’s tragic early death, and was accomplished in a style based on his works by 125 painters creating each frame by hand — 65,000 in all. Directed by Polish painter and animator, Dorota Kobiela, co-directed by her Oscar winning husband, Hugh Welchman, produced by Welchman, his BreakThru partner Sean Bobbitt, and Trademark Films’ Ivan Mactaggart, and with a score by Clint Mansell, the film took a total of 9 years from inception to last month’s first theatrical release.

Painting production was done in Gdansk and Wroclaw, Poland, and Athens, Greece. The film was funded with a Kickstarter campaign and backers Silver Reel, RBF Productions, Sevenex Capital Partners, the Polish Film Institute and the Doha Film Institute. 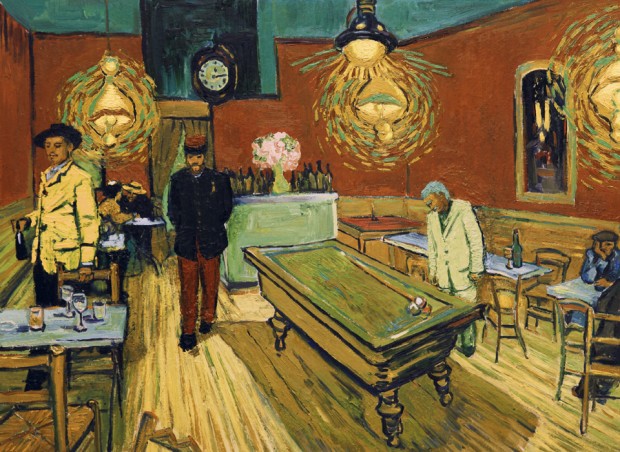