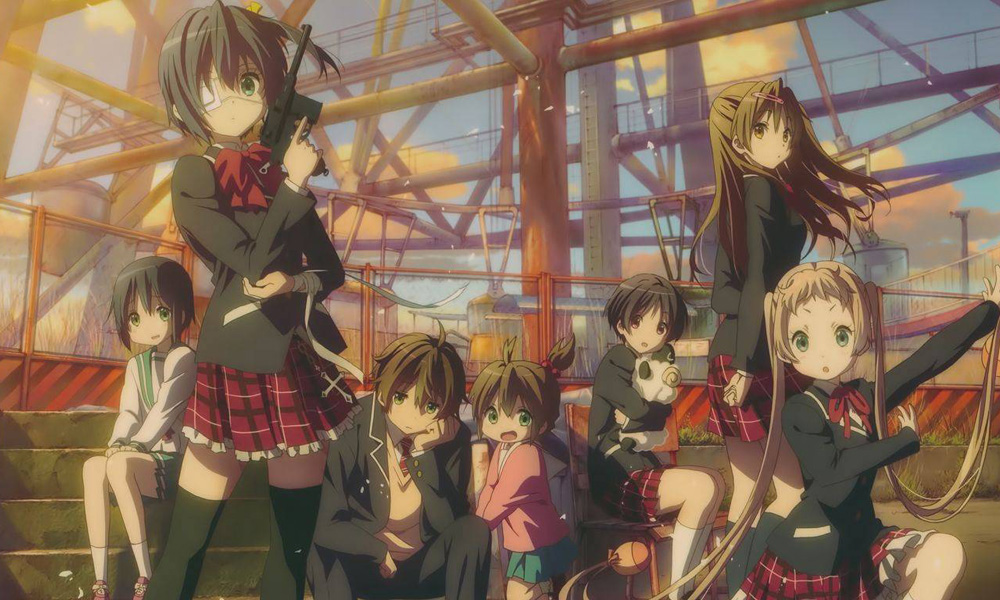 Love, Chunibyo and Other Delusions - Take On Me

Azoland Pictures and Sentai Filmworks have set a theatrical release of highly anticipated anime feature Love, Chunibyo and Other Delusions – Take On Me. Following the North American premiere at Los Angeles Anime Film Festival, the film will be released in select theaters across North America starting November 2. Attendees will receive an exclusive giveaway item with each purchased ticket at participating theaters, while supplies last. The film will screen with Japanese audio and English subtitles.

Ticketing details and showtimes are available at www.azolandpictures.com.

Based on the light novel of the same name by Torako, the Love, Chunibyo and Other Delusions (2012) anime is produced by Kyoto Animation, directed by Tatsuya Ishihara. Season 2, -Heart Throb-, was released in 2014. Both series have been released by Sentai Filmworks in North America, attracting a new slew of international fans to the unique “chunibyo” world full of cutesy high school romance, comedy and epic action.

In Love, Chunibyo and Other Delusions – Take On Me, Yuta and Rikka may have finally started to come to terms with the various delusions that have run their lives, but as their relationship becomes progressively more real, their development as a couple seems to be increasingly in danger of stalling out! When your relationship is partially the result of a series of fantasies, what can reality serve up that’s equal to the make-believe?

Rikka’s sister decides that she’s going to move to Italy and take Rikka with her, and the solution that Rikka and Yuta decide on is both improbably logical and unrealistically practical: They’re going to elope! For real! Get ready for the ultimate fantasy road trip as our two young would-be lovers take off a whirlwind tour of the real Japan…