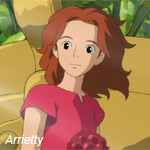 Edgar Rice Burroughs’ Warlord of Mars was no match for Dr. Seuss.

In a disappointing debut, Disney’s John Carter — adapting Burroughs’ seminal, century-old science-fiction tales — opened to a weak $30.6 million at the box office. Despite heavy hype and intense industry scrutiny of the picture and its hefty rumored cost of $250 million, the live-action directing debut for Pixar alumnus Andrew Stanton’s soft debut was only good enough for second place. Brightening the movie’s outlook slightly was a strong overseas performance, with the film pulling in $70 million in foreign markets for a worldwide debut weekend total of $101 million.

Leading the pack again was The Lorax, the animated adaptation of the Dr. Seuss book from Universal’s Illumination Entertainment. The Lorax took in $39 million for the weekend, to bring its domestic total to $121 million. The film has yet to open in most major foreign markets, where it so far has taken in $1.8 million.

Among visual-effects and animated films still in release, Journey 2: The Mysterious Island came in tenth for the weekend with $3.7 million to top off its domestic tally at $90 million, while its foreign take has now just topped $200 million. Sony’s adaptation of the Marvel Comic Ghost Rider: Spirit of Vengeance came in 14th place with $2 million for the weekend — it’s earned $48 million domestic and $57 million foreign for a $106 million worldwide total.

Further down the list is the Studio Ghibli release The Secret World of Arriety, which earned $402,000 at the box office in its fourth weekend of release. The film, directed by Hiromasa Yonebayashi and co-written by Hayao Miyazaki (based on the Mary Norton classic) has earned $17.6 million in its domestic run to complement its international take of $126 million.

Slightly behind that film was the 3D re-release of Star Wars: Episode I — The Phantom Menace with a $335,000 take for the weekend. The 1999 film has earned $42.8 million in its stereoscopic re-release. We will have to wait and see if that’s enough for Lucasfilm to continue its planned 3D re-releases of the entire Star Wars trilogy.

And still in release is Alvin and the Chipmunks: Chipwrecked, which made $290,000 for the weekend. The film has earned $131 million domestic and $202 million international for a total of $333 million since its release Dec. 16.

Lastly, The Adventures of Tintin pulled in $140,000 for the weekend. The Steven Spielberg-directed film has earned $77 million domestic and a whopping $296 million foreign for a worldwide total of $374 million.