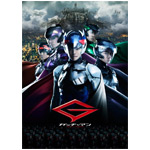 The live-action adaptation of Tatsunoko’s classic anime Gatchaman (also known as Battle of the Planets / G-Force) has been generating a lot of buzz in the animation community. The movie, which will be released on August 24 in Japan, has a very strong pedigree: It’s directed by Sato Toya, whose credits include the live-action Grave of the Fireflies, Gokusen and Kaiji 1 & 2. The character designer is Shinji Aramaki, the man behind the look of Appleseed, Appleseed Ex Machina and Space Pirate Captain Harlock, while the script is written by Yūsuke Watanabe (20th Century Boys, Gantz).

Here is the official synopsis for the movie:

“Galactor, a mysterious group whose technology far surpasses that of humans, has declared war on the entire world and has already subjugated half of it. A mysterious crystal-like object called a stone, is humanity’s only hope. Those who are able to draw out the power of the stones are forced to train to become special agents in a five-person team called Gatchaman.”

The film stars Tôri Matsuzaka as Ken aka Gatchaman, Gô Ayano as Condor No Joe, Ayame Gôriki as Jun The Swan, Tatsuomi Hamada as Junpei The Swallow, Ryohei Suzuki as Ryu The Owl, Gorô Kishitani as Dr. Nambu and Eriko Hatsune as Naomi.

The original 1972 animated series was created by Tatsuo Yoshida and produced in Japan by Tatsunoko Productions and later adapted into several English-language versions. The show led to an animated feature release and two TV sequels, Gatchaman II (1978) and Gatchaman Fighter (1979). In 1994, the original series was remade as a condensed OVA series. A CG-animated feature film version of Gatchaman had been in production by Imagi Animation Studios for release in 2012, but was canceled because of the studio’s financial troubles. 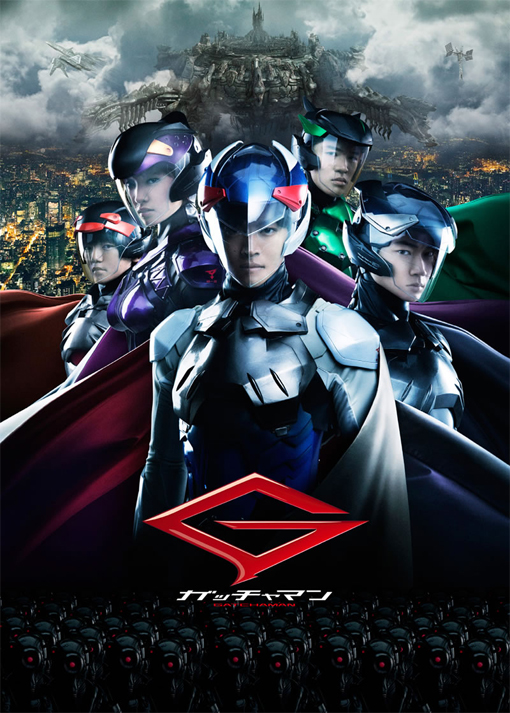