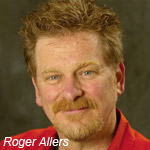 Roger Allers, who co-directed Disney’s smash hit The Lion King and Sony Pictures Animation’s Open Season, has signed on to an animated adaptation of Khalil Gibran’s poetry collection The Prophet.

According to Deadline.com, Allers will oversee the creative end of the movie, which will feature chapters made by other animators. He also will direct the opening, closing and framing sequences fo the movie, which is being produced through actress Salma Hayek’s Ventanarosa Productions.

Others on board for the project or in discussions are  Tomm Moore (The Secret of Kells), Sylvain Chomet (The Illusionist), John Stevenson (Kung Fu Panda), Marjane Satrapi (Persepolis), Nina Paley (Sita Sings the Blues), Bill Plympton (Guard Dog) and shorts makers Chris Landreth and Kunio Kato.

As we reported in March 2011, the project is being produced by Clark Peterson and Ron Senkowski, with Hayek’s producing partner Jose Tamez and co-financier Steve Hanson serving as executive producers.

The Prophet is one of the bestselling books of all time, having sold more than 100 million copies since its original publication in 1923. Gibran, a Lebanese-American, is the third most-read poet in history, after Shakespeare and Lao-Tzu, and has been translated in to more than 40 languages.