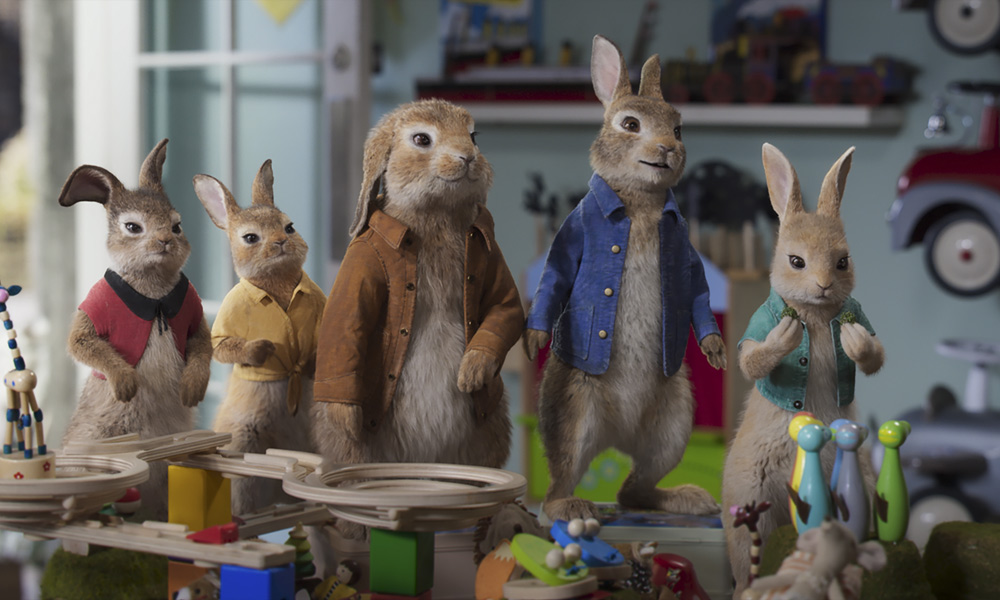 Sony Pictures Ent. has released a new trailer for upcoming hybrid sequel Peter Rabbit 2: The Runaway, which will see the loveable scamp hopping back into U.S. theaters on April 3.

In this spot, we follow Peter (voiced by James Corden) and his cotton-tailed family out of the garden, running away from their home with Bea (Rose Byrne) and Thomas (Domhnall Gleeson) — which they fear is about to become a bit too crowded with a new, less-furry addition. Mischief abounds as Peter finds ways to use his tricks to survive in the big city, which threatens to lead to big trouble as the other animal friends of the forest and his human family follow.

Synopsis: In Peter Rabbit 2: The Runaway, the lovable rogue is back. Bea, Thomas and the rabbits have created a makeshift family, but despite his best efforts, Peter can’t seem to shake his mischievous reputation. Adventuring out of the garden, Peter finds himself in a world where his mischief is appreciated, but when his family risks everything to come looking for him, Peter must figure out what kind of bunny he wants to be.

Will Gluck directs, writes (with Patrick Burleigh) and produces (with Zareh Nalbandian) the film, based on the characters and stories by Beatrix Potter.

It’s the End of the World and She’s Just Fine!: ‘Kipo and the Age of Wonderbeasts’
HBO Max Crowns ‘Aquaman: King of Atlantis’ Animated Three-Parter