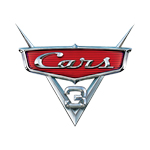 A new, extended look at Disney-Pixar’s Cars 3 debuted Monday night during the College Football Playoff National Championship game, and it looks like fans of the franchise are in for a white-knuckle ride. The film arrives at the theatrical finish line June 16, 2017.

The spot puts a dramatic-thriller spin on the CG animated property, complete with suspenseful music. On-the-track shots bring you right into the action from the get-go, and Pixar’s technical mastery of animation is on display with slow-mo crash effects, spouting flame, sweeping vistas and a vision of what the “next generation of racers” would look like in an all-car world.

Blindsided by a new generation of blazing-fast racers, the legendary Lightning McQueen is suddenly pushed out of the sport he loves. To get back in the game, he will need the help of an eager young race technician, Cruz Ramirez, with her own plan to win, plus inspiration from the late Fabulous Hudson Hornet and a few unexpected turns. Proving that #95 isn’t through yet will test the heart of a champion on Piston Cup Racing’s biggest stage!