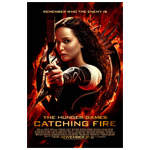 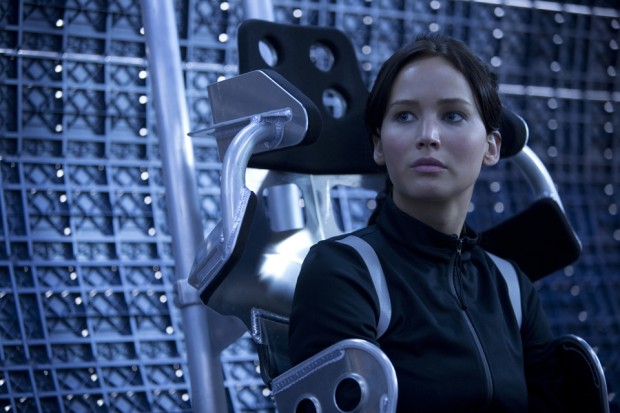 The games are back on and fans anxious for a deeper look at the world of Panem are going to get a feast for the eyes courtesy of visual effects in The Hunger Games: Catching Fire.

Based on the second entry in Susanne Collins’ blockbuster young-adult novel trilogy, Catching Fire picks up the story of Katniss Everdeen, played by Oscar-winner Jennifer Lawrence, as she is forced back into the deadly Hunger Games amid growing political turmoil in the dystopian future nation of Panem.

For this film, a sequel to last year’s hit The Hunger Games, director Francis Lawrence picked up the reins from Gary Ross and turned to visual effects supervisor Janek Sirrs, whose recent credits include Marvel’s Avengers, Iron Man 2 and Lawrence’s previous film I Am Legend, to get this more ambitious sequel and its 1,200 effects shots done on a tight schedule.

Among the vendors Sirrs contracted for the movie was Method Studios, whose London crew put together 155 shots over several key sequences, starting with the Victor’s Village in District 12, where the movie’s story begins. The village was a CG extension of footage shot on location near Atlanta, with the gloomy weather, barren vegetation and falling snow all added digitally, says Stephane Naze, Method’s visual effects supervisor for the film. Method also helped design and animate the robotic TV cameras for the sequence, which included both day and night exterior shots.

“The challenge was to be completely transparent—not to have it look CG or fake,” says Naze.

Catching Fire offers the first real look at many of the 12 districts that make up Panem and that each provide tributes for its annual Hunger Games. The glimpses of each are brief, but made distinct through Method’s set extensions and 3D matte paintings.

In stark contrast to the dereliction of the districts, the Capital is a colorful and grand modern city built from the ground up. Sirrs says the design of the Capital was meant to be grandiose with a totalitarian edge to exemplify its power. Brutalist and modern architecture styles were used to suggest the city was built from scratch with no regard for what was there before, with ominous large structures and open spaces.

“It is a bit of a mishmash of styles, there’s a few deco flourishes here and there as well, just to confuse the issue,” says Sirrs.

With a short prep time, getting as much done in camera as possible was important. For the Avenue of Tributes sequence in which the tributes ride before the crowd in chariots, the sequence was shot with the actors on real moving chariots in a large parking lot with a few strategically placed green-screens. In addition to getting realistic movement, the quality of the natural light informed how the digital elements were designed and lit. “By making ourselves shoot it as if we were doing a real, live event, that informed how the sequence came together,” Sirrs says.

Method handled another key sequence in the movie, creating the theater and stage from which Stanley Tucci’s Caesar Flickerman interviews the competitors—complete with giant background monitors with logos and motion-graphic effects. The heart of the sequence though is Katniss’ wedding dress, which dramatically transforms via flame effect into to a sleek mockingjay dress complete with wings.

Nave says the transformation involved melding four plates: one for the wedding dress, one the new dress, one for Katniss and one for Flickerman. Those shots were done without motion control, making it a challenge to get them to match up correctly.

“The wedding dress was big and the movement of Katniss with the white dress was different than with the black one,” says Nave. It also was difficult to get the fire effect right so it looked like a transforming effect instead of a real, burning fire that would evoke panic in the audience.

Sirrs says the Hunger Games arena was the major visual effects challenge for many reasons. As in the novel, the arena is a circular jungle covered by a high-tech dome and with a small island protruding from a lake in the very center with spoke-like rock formations that make it look like a clock.

The story allowed them to shoot the arena three different ways, with location filming in Hawaii used for the monkey attack sequence and the beach scenes, and a complete digital environment created by Double Negative for everything else.

“We really liked the look of the mist-filled jungles we saw in Costa Rica, so that really was the basis for the type of foliage and the general feeling of what a jungle should look like,” Sirrs says. “We started building a variety of digital plant life based upon that and then also building a few more to tie into the footage we shot in Hawaii.”

The resulting jungle required so much data to account for every leaf that it was too large to be stored on a server, Sirrs says. So they had to basically replant the jungle every time a shot was rendered. “It was a bit hair-raising on some shots because it was like, we aren’t going to get two gos at this because we don’t have enough time to render another,” he says.

The monkey attack featured most of the animation seen in the film’s effects. Sirrs says they decided to design an original primate based on a baboon with some exotic features and coloring added and turned to Weta Digital to bring them to life. Sirrs says he chose Weta because of the work they had done on Rise of the Planet of the Apes and its upcoming sequel, which offered essentially a shortcut to the final product.

Sirrs says plans to film a baboon at the Atlanta zoo were scrapped because the animal was too dangerous to get close to and filming him from a distance proved problematic when it was less than active. Most of the research in how the animals should move came from extensive internet research into how real primates behave, Sirrs says.

The film had a short prep that required some “winging it,” Sirrs says. But even with a tight deadline the film benefitted from being an adaptation of well-known source material. “We’re adhering to a book that’s very popular so you’re not going to be introducing new characters or a different third act, and that gave a certain amount of clarity to it,” Sirrs says.

The Hunger Games saga will wind to its conclusion with a two-part adaptation of the final book, Mockingjay, with the first part due out November 21, 2014.

Sirrs says he tries not to look forward too much when working on a series like this. “I like to think movies have to stand by themselves, but going forward I’m sure Mockingjay will use some of our assets,” he says. “But we knew in this movie, the arena itself, which is the bulk of our work, is unique to this movie.”

Lionsgate’s The Hunger Games: Catching Fire is currently playing in theaters around the world. The pic made $xxxx million during its opening weekend at the box office alone.

What’s the Story, John Fountain?
Ten Things We Loved About 2013!