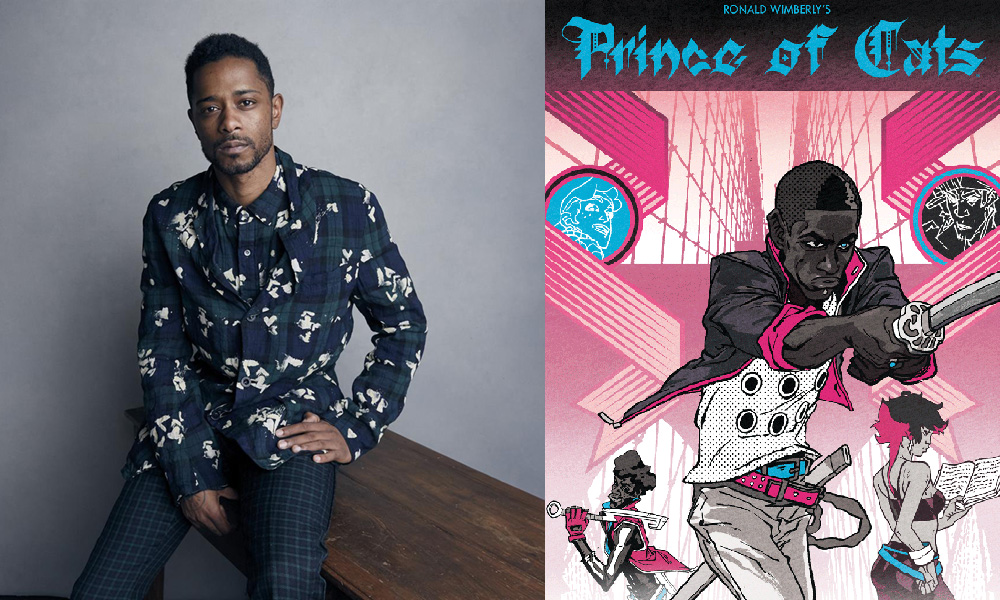 Legendary Entertainment has placed the winning bid for feature adaptation rights to Ron Wimberly’s graphic novel Prince of Cats (2012, Vertigo; re-released in 2016 through Image Comics) that blends Shakespearean plots, hip-hop culture and comic-book storytelling punch. The studio will be developing the film as a vehicle for actor-rapper Lakeith Stanfield of Sorry to Bother You, Get Out and Selma.

Prince of Cats is described on the Image site as “the B side to Shakespeare’s Romeo and Juliet, played at an eighties block party in an NY where underground sword dueling blossomed alongside hip-hop, punk, disco, and no wave. It’s the story of the minor players with Tybalt at the center.”

Selwyn Sefyu Hinds, exec producer of Hip Hop vs. America 1 & 2 and Beyond Beef: Jay-Z & Nas is attached to handle the adaptation. He most recently adapted Nnedi Okorafo’s sci-fi fantasy novel Who Fears Death for and HBO drama exec produced by George R.R. Martin, and William & Ellen Craft’s Running a Thousand Miles for Freedom, for Zendaya.

Janet and Kate Zucker of Zucker Productions are producing. Jon Silk brought the project ot Legendary, and will oversee with Ali Mendes.

Wimberly is an artist and storyteller who has designed several graphic novels as well as shorter works for DC/Vertigo, Nike, Marvel Hill and Wang, and Dark Horse. He published a collection of quotes from famous figures with portraits and illustrations, Black History in Its Own Words, through Image last year. He is also an accomplished cartoonist, as exemplified by his Lighten Up piece for The Nib.