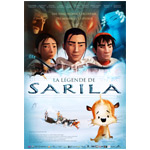 Cinema Management Group (CMG)’s new 3D animated feature, The Legend of Sarila, will open in theatres in Quebec on February 22nd and in English-speaking Canada in April. CMG will screen the completed film for the first time to buyers in Berlin on Saturday February 9th at 2:45pm and Monday February 11th at 2:45pm at Cinestar 5.

The pic has garnered two publishing deals with Bayard Canada; one will be a picture book, while the other will be a novel for young readers. Books release will coincide with the theatrical release of Sarila in Canada.

“We’re excited to show the film in 3D in Berlin to buyers and we are proud of director Nancy Savard and producer Marie-Claude Beauchamp who delivered a great film,” says CMG president Edward Noeltner. “Using an indigenous people’s story and music, they have brought to life with humor, action and adventure the story of three young Inuits and their search for a promised land hoping to save thei clan from famine.”

The Société de développement des entreprises culturelles (SODEC), the Canadian government agency which was involved with the production of the film, will be present in Berlin with a cocktail party introducing The Legend of Sarila as well as other films of Quebec cinema. Additionally, the film will head to the Monstra Festival in Portugal on March 7th-March 17th.

The Legend of Sarila follows a voyage of initiation but is also the story of a fight to the death between two shamans, the young Markussi and the aged Croolik, who feels that his power is threatened. With humor, action and adventure, The Legend of Sarila is a coming-of-age story of triumph, self realization and hope for all people. The film stars the voice acting of Oscar-winner Christopher Plummer, Oscar-nominee Genvieve Bujold, Rachelle Lefevre and Dustin Milligan. The film is directed by Nancy Savard and produced by Savard and Marie-Claude Beauchamp. 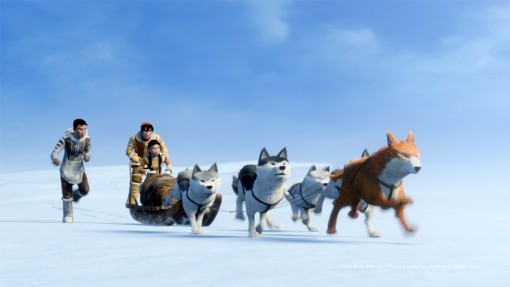