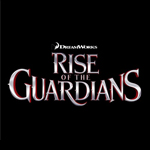 How director Peter Ramsey and his brilliant team of DreamWorks artists and technicians created the majestic worlds of Rise of the Guardians.

For centuries, magical characters such as Santa Claus, the Easter Bunny, the Tooth Fairy and the Sandman have been familiar fixtures of children’s stories and their dreams. Now thanks to the imagination of author and illustrator William Joyce and the visionary team at DreamWorks Animation, they are all brought together in an adventure that is steeped in the traditions of fantasy storytelling, while it stakes new ground in modern filmmaking.

The origins of the tale go back more than a decade ago, when Joyce thought of the concept after his daughter asked him whether these children’s favorites knew each other. The author, who is best known for books such as Rolie Polie Olie and George Shrinks, animated films such as Robots and Meet the Robinsons and last year’s Oscar-winning short The Fantastic Flying Books of Mr. Morris Lessmore, then set out to write a series of books under the Guardians of Childhood banner. At the same time, the team at DreamWorks also began development on a movie based on Joyce’s characters as they band together to save the world from the Boogeyman.

“It was one of those instances where the team really got the vision instantly,” recalls Joyce. “It was almost like we were the ‘Method’ animation guys the way we got into the psychology, background and history of these characters and came up with organic ways of thinking about them. We knew we were on the right track when someone told us, ‘This all doesn’t sound like a story that someone made up: It feels like reported history that we hadn’t heard before!’” 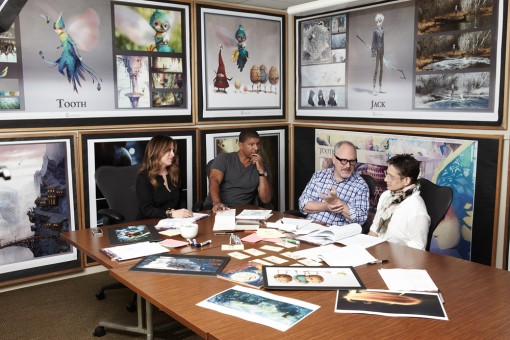 Rise of the Guardians creative team

The film’s producer Christina Steinberg (Bee Movie, National Treasure) was a fan of the story from day one.

“The first time that I heard the idea, I knew we had to treat this idea as a big fantasy movie,” she notes. “Bill [Joyce] had taken these iconic childhood characters, who are so real to you when you’re a child, and given them their own mythologies and back stories. From the beginning, we cherished the core idea and wanted to embark on a huge, epic fantasy adventure with these characters. We wanted to build this world from the ground up, create this battle between good and evil, and touch upon themes like belief and innocence. We definitely wanted the stakes to be high.”

After several years of development work, the project came closer to its final incarnation when director Peter Ramsey joined the team to work with a script penned by David Lindsay-Abaire, (Shrek: The Musical, Rabbit Hole, Robots). Ramsey says that right off the bat, he knew that the movie was going to be a visually rewarding experience. 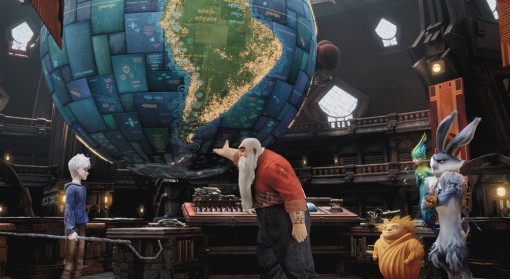 “Thanks to the amazing amount of artwork created by the film’s production designer Patrick Hanenberger and his team, we had a lot of visually rich material to work with,” says Ramsey. “In addition to the look of the film, it was important for the film to have a real emotional center. We wanted to have a real adventure and the funny moments, but what makes the movie stand out is the fact that it wears its heart on its sleeve.”

The director and his team also devoted a lot of time to fleshing out each of the main characters and giving them memorable personalities, motivations and reasons for being.

“We wanted to do justice to these characters and take them seriously,” adds Ramsey. “Every adult in the audience believed in them at some point: They meant something to them as a child. What was it about them that made them so important to us? Everything from the look, the story and the whole tone of the movie grew out of that idea.” 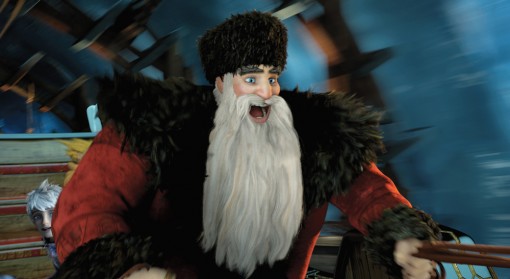 Of course, every movie needs an engaging character that becomes the stand-in for the audience. In this case, the reluctant hero is none other than Jack Frost, an enigmatic figure with supernatural powers who doesn’t know where he comes from or why he exists.

When he is offered the chance to become the fifth Guardian, Jack is hesitant to join them: He is envious of how children believe in the other four while knowing nothing about his own life and powers. It’s his complicated feelings towards the other four and his decision whether to join them or gravitate towards the villainous Boogeyman (a.k.a. Pitch) that provides the movie with its powerful storyline and poignant resolution.

One of the major goals of the production’s artists and animators was to stay true to Joyce’s original designs and inspirations, while pushing the visuals into a fresh realm of surprising possibilities within the DreamWorks framework. 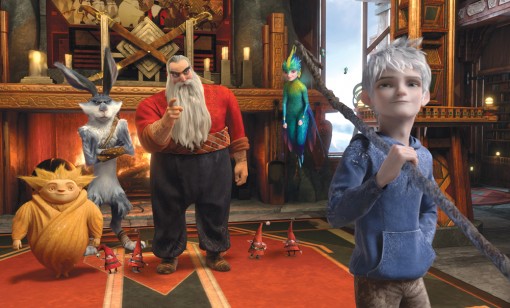 “We’ve seen Santa and his elves, or the Easter Bunny in hundreds of other movies and books before, so we wanted to offer a new take on these characters,” says Hanenberger, a DreamWorks animation veteran who also worked on Bee Movie, Over the Hedge and Monsters vs. Aliens. “They needed to be realistic, but we didn’t want that photo-real, ‘uncanny valley’ kind of animation, and we were still making a family film, so we had to walk that fine line between creating cartoon-y characters and full-on realism. We also had to ensure that the worlds of our character didn’t look too fantastical. As magical as the Guardians are, the audience has to believe that they could live right around the corner in our contemporary world.”

As Hamish Grieve, Guardians’ head of story, explains, the film is also influenced by 1980s-era family films and Steven Spielberg’s classics such as E.T. the Extra Terrestrial.

“We wanted the kids in the movie to feel like real kids and their world to feel like the world around us,” he offers. “Everything else about the picture is so epic, that we needed to keep in touch with the heart of what it’s all about. That’s why it’s been a different kind of movie for the studio. It would have been too easy to make it cartoony, which it’s not, but it’s not motion-capture realism either. On top of that, the movie has to work whether people are familiar with these figures or not.” 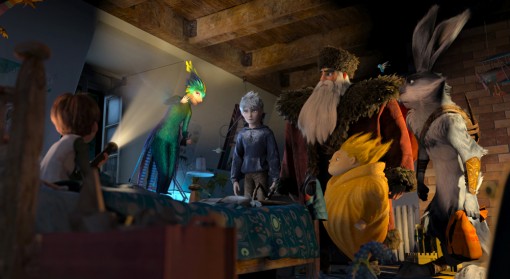 This mission is also echoed in the design of the characters and their unique home environments. North (Santa Claus) could be a seasoned Cossack warrior. Bunnymund (Easter Bunny) could feel at home in the Australian outback. Tooth (Tooth Fairy) is a half-human, half-hummingbird creature, but she could very well step out of classic Asian mythology, and Sandy (The Sandman) can be seen as a remarkable combination of Buddha, Yoda and Mr. Magoo! The characters’ magnificent realms have also been inspired by the landscapes, native cultures and regional architecture of our planet.

While it’s important to behold the film’s stunning 3-D animation and use of the latest breakthroughs in visual effects technology, many of the creative team members also believe that it’s the precise tone of the picture and the scope of its many worlds that sets it apart from anything else they’ve worked on in their careers.

“In animation, it’s easy to rely on things that we’ve done in the past, and characters and situations that we know,” says animation director Gabe Hordos, who also worked on Toothless in the studio’s Oscar-nominated How to Train Your Dragon. “It was wonderful to invent these worlds from scratch in Guardians. The tone of the movie is very sophisticated, which allowed us to have a superior level of acting. Our film only works in the end—after all the animation, the effects, the music, the lighting have been added—because of the real emotions and the fact that we stayed true to the core of each and every one of the characters.” 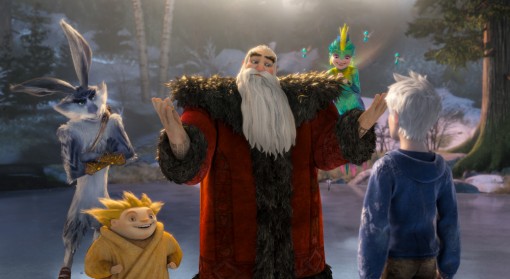 After working for almost three years on the project, Ramsey says it’s been hugely rewarding to see the results of the team’s hard work finally reaching the big screen and getting very positive word of mouth weeks before it opens.

“One of our biggest goals was to present new versions of these characters that presented them differently, while holding on to the core feelings that you had as a kid when you believed in them. I really feel that we were able to achieve that, knock on wood!”

This article is an edited excerpt from the new Insight Editions hardcover book The Art of Rise of the Guardians ($39.95). 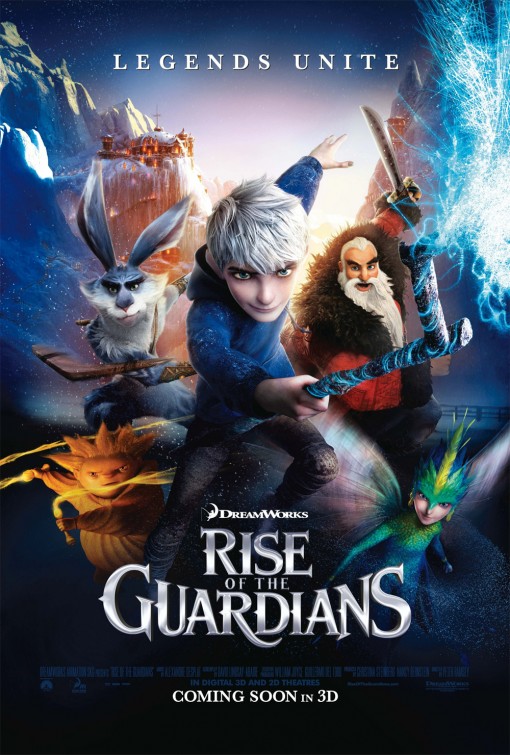 DreamWorks Animation’s Rise of the Guardians opens in theaters on November 21.

GKIDS Picks Up ‘Grave of the Fireflies’
‘Animaniacs Vol. 4' Coming to DVD in Feb.