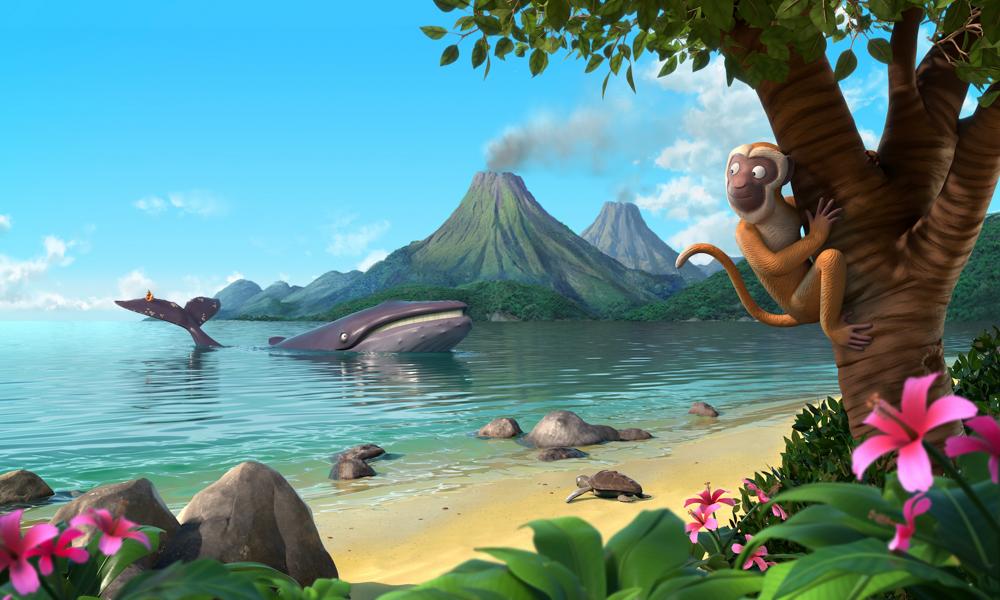 Triggerfish, the animation studio behind Netflix’s first Original animated TV series from Africa, today announced it is to establish its first international studio in Galway. The project, supported by the Irish Government through IDA Ireland, is expected to create 60 new jobs over the next three years.

Triggerfish animated the Oscar-nominated Roald Dahl adaptation Revolting Rhymes as well as much-loved Julia Donaldson and Axel Scheffler adaptations, such as the 2020 International Emmy-winning Zog, the 2020 British Animation Awards winner The Snail and the Whale, the BAFTA-nominated and Annecy-winning Stick Man and the Rose d’Or-winning The Highway Rat, all produced by Magic Light Pictures.

Founded in 1996, Triggerfish was instrumental in the birth of the South African animation industry, co-founding the country’s official animation association, AnimationSA, as well as an ongoing monthly screening and networking event.

The studio’s first two features, Adventures in Zambezia and Khumba, are among the five highest-grossing South African feature films of all time, with nine million cinema tickets sold globally. This saw Triggerfish named overall Business of the Year in South Africa’s Western Cape province in 2015 — a first for an animation company.

“To keep up with demand, we started outsourcing work to Irish animators in 2019 and were quickly won over by both the quality of the work and the dedication to the craft,” says Triggerfish CEO Stuart Forrest. “In many ways, the Irish creatives seem very similar to what we always look for in South Africa: a passion for animation, a love of story and the deeply felt ambition to create award-winning and entertaining work.”

Triggerfish is currently producing Netflix’s first Original African animated TV series, Mama K’s Team 4, set in a futuristic version of Lusaka, Zambia, where four scrappy teen girls join a retired secret agent on a quest to save the world — on a budget.

Triggerfish is also in production on their third feature film, Seal Team, an action-comedy about a brave, reckless seal who forms a rag-tag team to save his home from Great White Sharks.

In addition, Triggerfish services AAA-rated and mobile games for the likes of Electronic Arts, Unity and Disney Interactive and is in development on a broad slate of original film and television projects for most of the world’s biggest studios.

“We need more capacity to keep up with our ambitions, and Galway ticked all the boxes for our European base,” says studio producer Andy Wonnacott, who will head up the Galway branch, to the delight of his Irish wife. “It has a similar time zone to South Africa; is very well connected, with both flights and broadband connectivity; has a thriving creative community; and offers loads of really fantastic business support. For us personally, Ireland is our second home, so it will be good to be back with family and friends.”

“We’re big fans of the likes of Cartoon Saloon and Giant, so are looking forward to helping grow Ireland as an animation hub producing some of the world’s best work,” added Forrest. “To begin with, we’ll be continuing our work on various high-end game projects, and expect this to scale quickly in line with Triggerfish’s track record in Africa.”

“I am delighted to see that Triggerfish have chosen to establish their first international studio in Ireland,” said Heather Humphreys TD, Minister for Business, Enterprise and Innovation. “Galway will be a natural fit for this creative company. They will join a burgeoning list of award-winning indigenous and foreign animation studios already based here, and will be a great addition to this thriving sector.”

IDA Ireland CEO Martin Shanahan commented, “This is a great investment for Ireland and Galway is a great choice of location, given the availability of highly skilled creative talent there. The 60 new roles being created is a welcome boost to the economy of Galway and the West region. It is a huge vote of confidence in Ireland and demonstrates our continued strong value proposition and our agile and adaptable business environment at a time of unprecedented global flux due to the Covid-19 pandemic. I wish Triggerfish every success with its operations here.”

Animators keen on joining this new team for a promising adventure on a wonderful slate of new projects can apply via the Careers tab at triggerfish.com.