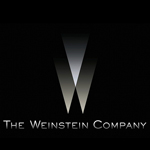 Filmmakers Tony Leech and Brian Inerfeld have filed a $114 million lawsuit against Harvey and Bob Weinstein, alleging the heads of The Weinstein Co. ruined five animation projects including a planned feature called Escape from Area 51.

The suit alleges the Weinsteins behaved with “indecisiveness and general incompetence,” and even that the duo paid the filmmakers $500,000 to delay filing of the suit until after the Academy Awards to avoid spoiling the Weinstein’s campaigns for The King’s Speech.

The suit alleges the duo, in addition to impeding production of the film, also sold more than 100 percent of the potential profits for the film — including using the filmmaker’s stake in back-end profits as security for new funding. Leech was set to write and direct the film, while Inerfeld was to produce.

According to Gawker.com, the Weinsteins have issued two statements in response, both dismissing the suit as false and baseless accusations designed to extort funds from the company.

You can read the entire complaint here: