Illumination Entertainment and Universal Pictures have been turning out spots for their fifth animated feature The Secret Life of Pets with fair regularity, and now we get a third proper preview to show us a little bit more of the bitter “sibling” rivalry between loyal dog Max and his new adopted brother Duke, the chaos it leads to and the even more chaotic-chaos that ensues when Max’s pampered pet pals join forces with urban street animals and one power-mad puffball of a bunny in order to save the day.

Coming out July 8, The Secret Life of Pets is directed by Chris Renaud (Despicable Me and Despicable Me 2), co-directed by Yarrow Cheney and written by Brian Lynch and Cinco Paul & Ken Daurio. The CG-animated comedy-adventure features the voices of Louis C.K. as Max, Eric Stonestreet as Duke, Lake Bell as Chloe, Ellie Kemper, Jenny Slate, Albert Brooks, Hannibal Buress, and Kevin Hart as our new favorite lapine lunatic, Snowball. 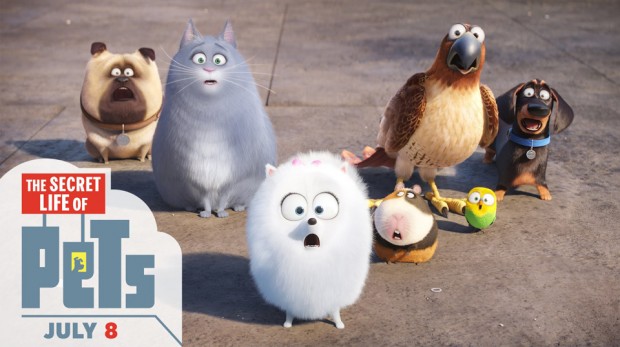