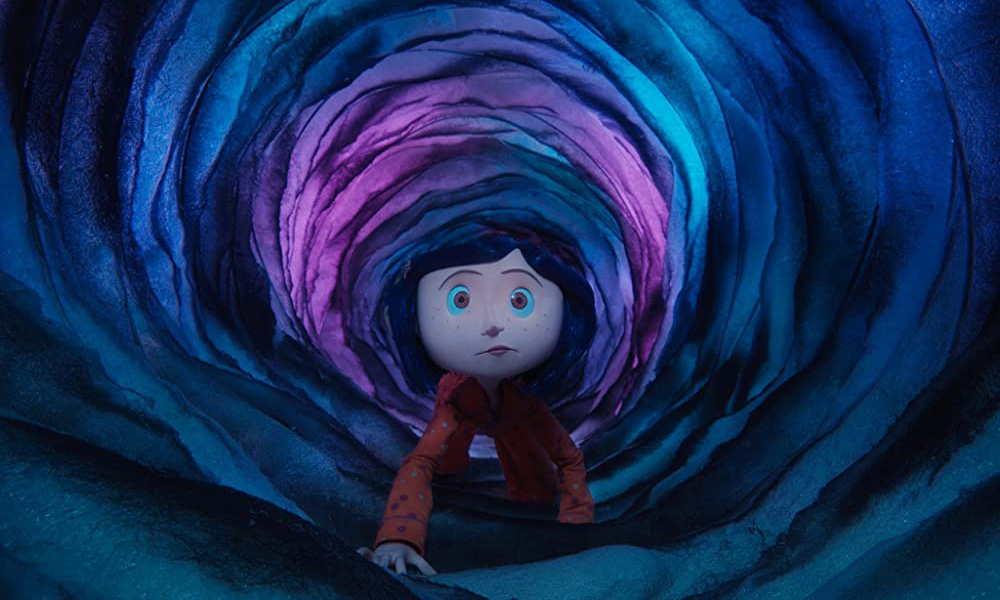 On Tuesday, August 24 at 3 p.m. and 7 p.m. (local time), Fathom Events, alongside LAIKA, Shout! Factory and Park Circus, will bring fan favorite Coraline (2009) back to theaters to celebrate the 15th anniversary of LAIKA Studios. Coraline will be presented in its entirety and will feature exclusive bonus content that reveals the unique creative process behind LAIKA’s extraordinary films.

From writer-director Henry Selick (The Nightmare Before Christmas, James and the Giant Peach) and based on the novella of the same name by author Neil Gaiman (Sandman), Coraline is a wondrous, thrilling, fun and suspenseful adventure. A young girl walks through a secret door in her new home and discovers an alternate version of her life. On the surface, this parallel reality is eerily similar to her real life – only much better. But when this wondrously off-kilter, fantastical adventure turns dangerous and her counterfeit parents try to keep her forever, Coraline must count on her resourcefulness, determination, and bravery to save her family and get back home.

Tickets and theater locations can be found at FathomEvents.com — fans can also grab tickets from the box office of their local participating cinema.

As previously announced, LAIKA, Shout! Factory and Park Circus will also be bringing the studio’s 2012 small-town zombie comedy-thriller ParaNorman back to the big screen on November 16, screening at 3 p.m. and 7 p.m. (local time) in select theaters.