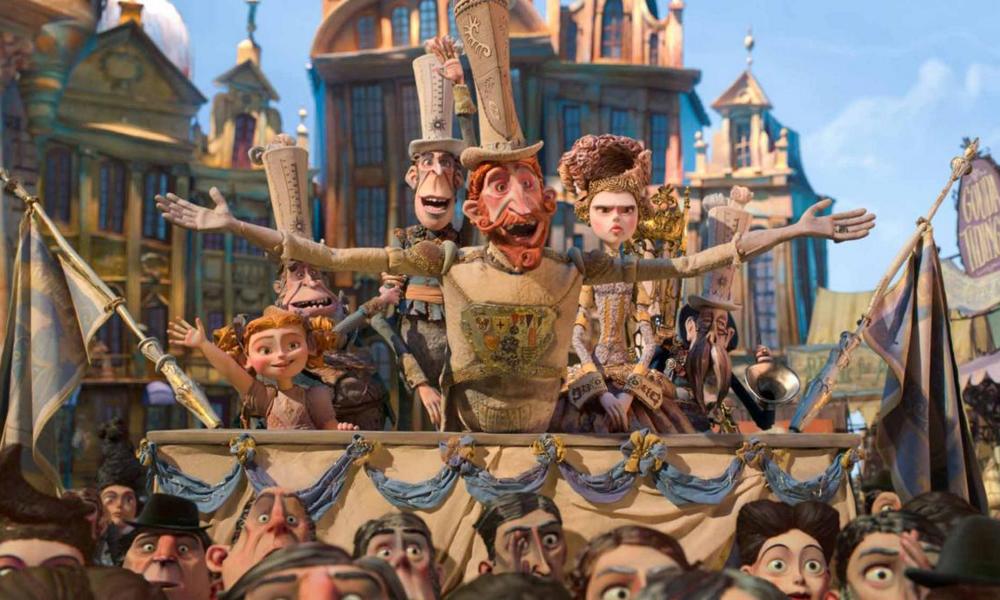 Award-winning animation studio LAIKA has announced that Park Circus, which represents over 25,000 classic films and contemporary titles, has been appointed repertory sales agent for the studio’s award-winning library of legacy films. The BAFTA and Golden Globe-winning Oregon studio is best known for its five Oscar-nominated films: Missing Link (2019); Kubo and the Two Strings (2016); The Boxtrolls (2014); ParaNorman (2012) and Coraline (2009).

The agreement, which covers all international territories (with some exceptions) in addition to the United States, was announced today by David Burke, LAIKA’s Chief Marketing Officer & SVP of Operations, and Park Circus CEO Mark Hirzberger-Taylor. Park Circus has offices in Glasgow, London, Los Angeles and Paris.

The announcement comes as LAIKA continues to celebrate its 15th Anniversary and the recent announcement of its five films now available across a wide array of digital and streaming platforms.

“LAIKA is known for its unique approach to filmmaking, enhancing the artisanal stop-motion technique with technological innovations,” said Burke. “Similarly, Park Circus takes a bespoke approach to its library of films, introducing each film to entirely new audiences by drawing upon its curatorial judgment and keen marketing savvy. We’re thrilled to align our missions and to start working together to bring LAIKA’s storytelling to even larger numbers of movie fans around the world.”

“We at Park Circus could not be more delighted to be working with LAIKA and their award-winning library of films, particularly at a time of such challenge for our industry,” said Herzberger-Taylor. “As huge fans of their wonderfully innovative and original film-making style, we cannot wait to apply the unique Park Circus treatment to LAIKA’s incredible catalogue, bringing much-needed joy and cinematic brilliance to audiences worldwide.”

MISSING LINK (2019) Mr. Link, a.k.a. Bigfoot (Zach Galifianakis), is lonely and believes that famed investigator of myths, Sir Lionel Frost (Hugh Jackman), is the one man who can help. With adventurer Adelina Fortnight (Zoe Saldana), the trio embark on an epic journey to find Link’s distant relatives in the fabled Shangri-La. Along the way each finds their true identity.

KUBO AND THE TWO STRINGS (2016) An epic action-adventure set in a fantastical Japan. Clever, kindhearted Kubo’s (Art Parkinson of Game of Thrones) relatively quiet existence is upended when he accidentally summons a spirit from his past which storms down from the heavens to enforce an age-old vendetta. Now on the run, Kubo joins forces with Monkey (Oscar winner Charlize Theron) and Beetle (Oscar winner Matthew McConaughey), and sets out on a thrilling quest to save his family and solve the mystery of his fallen father, the greatest samurai warrior the world has ever known. With the help of his magical shamisen, Kubo battles gods, monsters and epic landscapes to unlock the secret of his legacy, reunite his family and fulfill his heroic destiny.

THE BOXTROLLS (2014) The Boxtrolls, a kind-hearted community of quirky, mischievous, fantastical box-wearing tinkerers, have lovingly raised a human orphan, Eggs (Isaac Hempstead-Wright of Game of Thrones), since infancy. In the amazing cavernous home they’ve built beneath the cobblestoned streets of Cheesebridge, they transform mechanical junk into magical inventions and live a happy and harmonious existence away from the posh society above that fears them thanks to the scary stories spread by the villainous Archibald Snatcher (Oscar winner Ben Kingsley). When Eggs and his Boxtrolls family become increasingly at risk because of Cheesebridge’s citizens misunderstanding them, Eggs must venture above ground, “into the light,” where he meets and teams up with another 11-year-old, the fabulously feisty Winnie (Elle Fanning). Together, Eggs and Winnie devise a daring plan to save the Boxtrolls from Snatcher, embarking on an adventure with madcap antics and open hearts which proves that heroes come in all shapes and sizes – even rectangles.

PARANORMAN (2012) ParaNorman is the thrilling story of 11-year old Norman Babcock (Kodi Smit-McPhee) who must use his unique ability to see and speak with the dead to save his town from a centuries-old curse. In addition to spooky zombies, he’ll also have to take on mysterious ghosts, wily witches and, worst of all, clueless grown-ups. Now caught in a wild race against time to save his family, friends, and town, Norman must bravely summon up all that makes a hero – courage and compassion – as he finds his paranormal activities pushed to their otherworldly limits. Voice cast includes Anna Kendrick, Leslie Mann and Christopher Mintz-Plasse.

CORALINE (2009) Coraline Jones (Dakota Fanning) is bored in her new home until she finds a secret door that leads her into a world that’s just like her own…but better! But when this fantastical adventure turns dangerous and her “other” Mother (Teri Hatcher) tries to keep her forever, Coraline must count on all of her resourcefulness, determination, and bravery to get back home – and save her family.

Continue Reading
You may also like...
Related Topics:featured, LAIKA, The Boxtrolls
Geographic Region:Worldwide