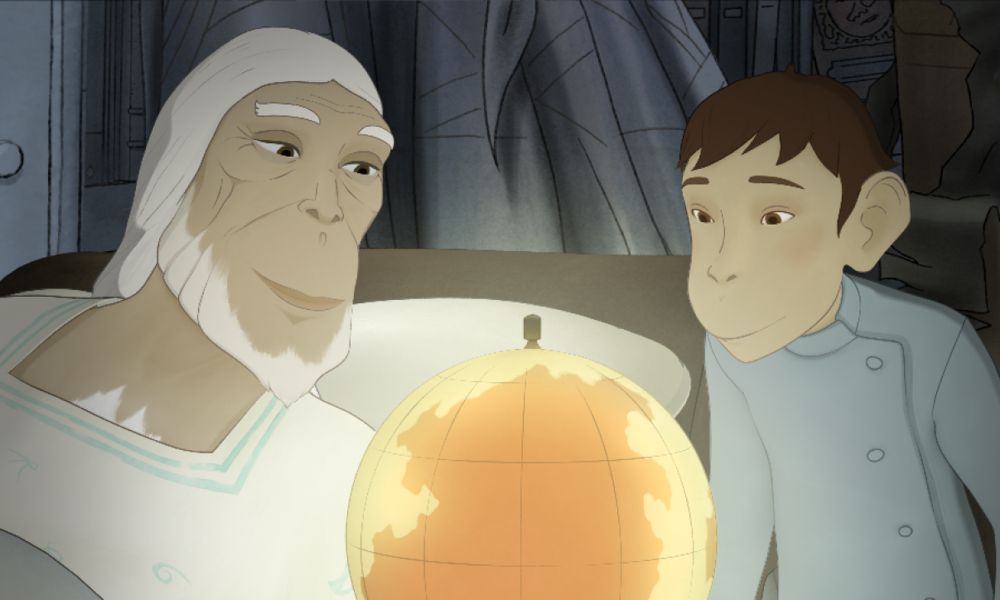 The Prince’s Voyage, the latest award-winning animated feature from French auteur Jean-François Laguionie (The Painting, Palme d’Or short Rowing Across the Atlantic) is finally pointing its compass toward U.S. shores with Shout! Studios, which is planning a multi-platform release strategy (details TBD). The film is conceived as a sort of travel diary set in a world familiar to the viewer (albeit populated by apes), but surprising to its titular prince.

An old Prince fails on an unknown shore. Wounded and lost, he is found by young Tom and collected by his parents – two researchers forced into exile because they dared to believe in the existence of other peoples of apes. The Prince, guided by his young friend, explores this stagnant but fascinating society. Meanwhile, Tom’s parents strive to convince the Academy of their heretical theory.

Directed by Laguionie and Xavier Picard (Moomins on the Riviera), The Prince’s Voyage is produced by France’s Blue Spirit Prod. (My Life as a Zucchini, The Painting) in co-production with Luxembourg’s Melusine Productions (Wolfwalkers, Ethel & Ernest) in a blend of 2D and 3D animation. The French voice cast features Enrico Di Giovanni, Thomas Sagols, Gabriel Le Doze and Marie-Madeleine Burguet.

One of the Top 10 most-viewed in development projects at Cartoon Movie 2017, The Prince’s Voyage was released in French theaters in December 2019 and has screened at prestige festivals including Annecy, Stuttgart Trickfilm, Locarno, Chicago and more.