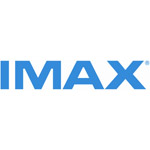 DreamWorks Animation has struck a deal with IMAX Corp. to release its upcoming movies Kung Fu Panda 2 and Puss in Boots the large-screen format in stereoscopic 3D.

According to a press release, Kung Fu Panda 2 will be released to IMAX theatres in select international territories in conjunction with each of the territory’s release dates; Puss in Boots will have a two-week IMAX release day-and-date with the domestic release. Both films are produced by DreamWorks Animation and will be distributed by Paramount Pictures.

“The IMAX Experience remains among the premiere viewing experiences in the world and we are thrilled that our audiences overseas will have the opportunity to watch Kung Fu Panda 2 and that movie-goers here in the U.S. will get to see Puss in Boots in IMAX 3D later this year,” said DreamWorks Animation’s Chief Executive Officer, Jeffrey Katzenberg.

Kung Fu Panda 2 is scheduled for a May 26 release in the United States, with Puss in Boots set for Nov. 4.