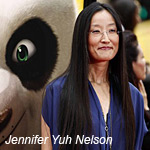 It looks like Po and his band of warriors have broken another big record this month. According to box office reports, Kung Fu Panda 2 has become the highest grossing film ever directed by a woman. With a worldwide gross of over $656 million, the Dreamworks sequel puts its director Jennifer Yuh Nelson well ahead of the previous record holder, Phyllida Lloyd, the helmer of Mamma Mia, which earned $609.8 million globally in 2008.  This is quite an achievement for Yuh Nelson, who made her feature directorial debut with the sequel after working on the first Kung Fu Panda as head of story and directing that film’s opening dream sequence. 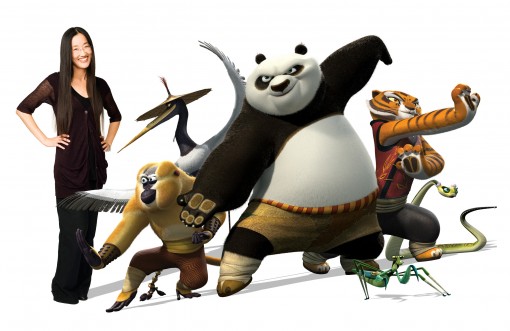 Interestingly enough, DreamWorks Animation has the distinction of having another femme record-breaker during its 17-year history. The studio’s 2001 feature Shrek was co-directed by Vicky Jenson, which made $267.7 million domestically. Then, there’s that CG-live-action hybrid from 2009, Alvin and the Chipmunks: The Squeakquel, which made $219.6 million and was directed by Betty Thomas. One other woman director to keep an eye on this year is Sarah Smith, who is helming Sony/Aardman’s Arthur Christmas, coming to theaters in November 23. Just like Yuh Nelson, this will be her first time directing a feature-length animated project.