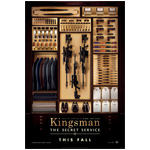 You might think from all the hubbub that Fifty Shades of Grey was the only movie to do well at the box office this weekend. But it was also a strong weekend for the indie comic-book adaptation Kingsman: The Secret Service and The SpongeBob Movie: Sponge Out of Water.

Kingsman is based on a comic called The Secret Service, published by Marvel’s Icon imprint from writer Mark Millar of Kick-Ass fame and artist Dave Gibbons of Watchmen acclaim. Directed by Matthew Vaughn, director of both X-Men: First Class and Kick-Ass, the Fox release posted a strong $42 million domestic opening-weekend gross — including the President’s Day holiday. That’s good for second place, behind Fifty Shades’ massive $85 million domestic opening. Kingsman has earned $43.8 million in foreign markets for an $85 million worldwide gross.

Just behind Kingsman is SpongeBob, which took in an estimated $40 million for the three-day weekend. That gives it a $103 million domestic gross and, with a $46 million foreign gross to date, a $149 million worldwide gross after two weekends in release.

Landing in fifth place for the weekend is the Wachowski siblings’ Jupiter Ascending, earning an estimated $10.7 million in domestic ticket sales. That brings the movie to a $33 million domestic gross. With a foreign gross of $58.9 million, the film has a global gross of $92.7 million.

And seventh place went to the little bear that could: Paddington sold an estimated $5.4 million in domestic movie tickets to bring its total gross to $64 million. The movie’s overseas take of $154 million gives the hybrid feature a $217 million worldwide total gross. 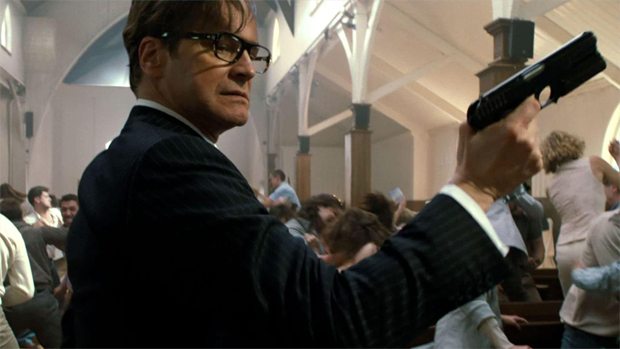