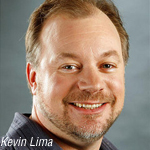 DreamWorks Animation has hired Kevin Lima to direct the feature Monkeys of Mumbai.

According to The Hollywood Reporter, Lima’s credits include both animation and live action. He began his film career an animator at Disney, designing characters for films like Oliver & Co. and The Little Mermaid, before directing the animated feature Tarzan with Chris Buck. He also directed Disney’s live-action film 102 Dalmatians and Enchanted, which mixed live action and animation.

“Ever since Enchanted, I’ve been looking for a film musical,” Lima tells THR. “When DreamWorks Animation approached me with the prospect of doing a Bollywood musical with such renowned collaborators, I knew this was the one.”

The studio also has brought on producers Lisa Stewart and Chris Chase for the project, described as an animated Bollywood-style musical based on the epic Indian myth the Ramayana.

The script is by Gurinder Chadha and Paul Berges, who also wrote Bride & Prejudice and Bend It Like Beckham. Also on board are Stephen Schwartz to write the lyrics for the songs and A.R. Rahman as composer.