Disney has released via Twitter the first concept art from its live-action version of The Jungle Book.

Directed by Jon Favreau of Iron Man fame, the film will be a mix of live-action and animated CG animal characters. Disney, of course, previously adapted the Rudyard Kipling classic into an animated feature released in 1967. The film is due to open Oct. 9, 2015.

Meanwhile, Warner Bros.’ own take on the Kipling tale — the live-action Jungle Book: Origins — has been pushed back a year to Oct. 6, 2017.

Directed by Andy Serkis — the king of motion-capture filmmaking as the performer behind Gollum in The Lord of the Rings and Caesar in the recent Planet of the Apes films — the film is being produced by Serkis’ London-based Imaginarium production company. 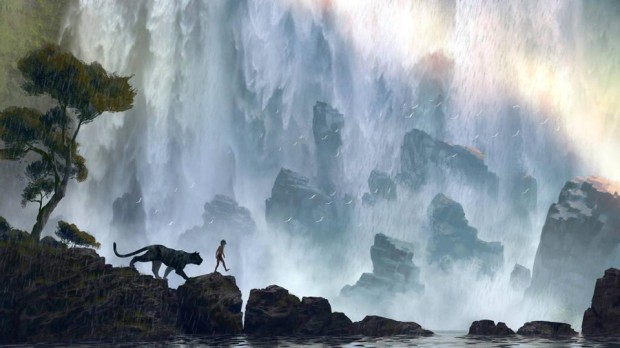