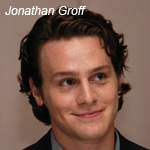 Walt Disney Animation Studios has announced that its extreme mountain man character Kristoff from the upcoming animated comedy-adventure Frozen will be voiced by Tony Award nominee Jonathan Groff. The film is set to hit theaters in time for the holidays next year on November 27, 2013.

Frozen, billed as a daring 3-D CG comedy-adventure loosely based on Hans Christian Andersen’s The Snow Queen, is being directed by Chris Buck (Tarzan, Surf’s Up) and Jennifer Lee (writer, Wreck-It Ralph) and produced by Peter Del Vecho (Winnie the Pooh, The Princess and the Frog). The story centers on Anna (Kristen Bell), a fearless optimist who teams up with mountain man Kristoff (Groff) and his sidekick reindeer Sven on an epic journey to find Anna’s sister Elsa (Idina Menzel), the Snow Queen, and put an end to her spell which is trapping their kingdom in eternal winter. The film will feature music from Tony-winner Robert Lopez (The Book of Mormon, Avenue Q) and Kristen Anderson-Lopez (In Transit). You can follow the film’s progress on Facebook (/DisneyFrozen) and Twitter (@DisneyAnimation).

Groff can be seen in the indie feature C.O.G. which is part of the 2013 Sundance Film Festival. The stage and screen actor made his film debut in Ang Lee’s Taking Woodstock and went on to appear in independent dramas Twelve-Thirty and The Conspirator. His TV credits include Fox’s Glee, Starz’s Boss and CBS’ The Good Wife. In addition to the Tony-winning musical Spring Awakening, Groff has trod the boards in the Public Theater’s revival of Hair and off-Broadway plays Prayer for My Enemy and The Submission. made his West End debut in Ira Levin’s Deathtrap and appeared in the 2010 Tony-winning Red by John Logan at the Mark Taper Forum this year. 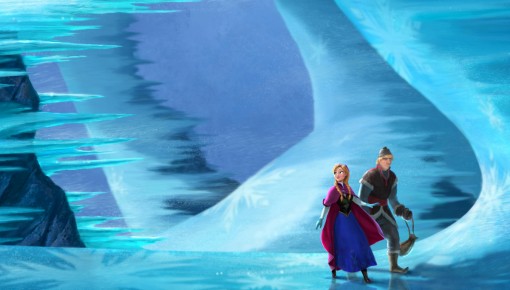