The studio has tapped director Tim Johnson, whose credits include Over the Hedge and Antz, and writer Jim Herzfeld of Meet the Fockers and Meet the Parents to work on the film. Development executives Chris Kuser and Gregg Taylor are supervising the project. 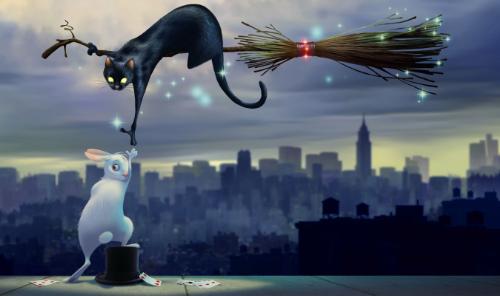 The studio described the project as follows: “Rumblewick will follow the adventures of a magician’s rabbit for whom the invitation to learn real magic and train as a witch’s familiar seems like a dream come true! But the dream becomes a nightmare when he discovers he’s really a pawn in a game between rival witches. Having learned the hard way that when something seems too good to be true it probably is, he must outsmart them both to save his fuzzy little hide.”

“The odds are stacked against our main character, a hard-working rabbit. Telling the story of his struggle and triumph is a fantastic journey. I know audiences are going to fall in love with Rumblewick,” said Johnson.