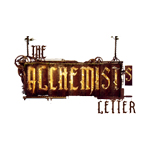 The official synopsis reads: When Veridian, an estranged young man, receives his late alchemist father Nicholas’ inheritance (voice of Academy Award nominated John Hurt), he is exposed to the ill-fated reality that his father built a tumultuous gold-making machine powered by his own memories. The film takes viewers on an enchanted journey through the vessels of the machine in exploration of the contents of the alchemist’s most precious memories, all in an attempt to give Veridian one last life lesson and save his relationship with his daughter (voice o Eloise Webb) from following down the same fateful path.

The Alchemist’s Letter is produced by a team of artists from acclaimed stop-motion studio Laika and its former short content division, Laika/house (now HouseSpecial). Carlos Andre Stevens is an award-winning commercial director with directorship positions at HouseSpecial, formerly at Laika/house and Superfad. Learn more about the film at www.alchemistletter.com.