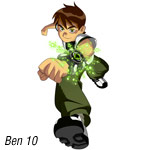 Ben 10 has dialed up some big-time help in his bid to jump from TV to the cineplex.

Cartoon Network has signed a deal with producer Joel Silver and his Silver Pictures production company to develop a live-action movie based on the popular animated series.

The movie will be produced by Silver, along with Dark Castle Entertainment co-presidents Steve Richards and Andrew Rona.

Silver is currently seeking writers for the project, which will be distributed through Warner Bros. The studio is looking for tentpole franchises with the end of its lucrative, decade-long Harry Potter series this summer, and is turning to its DC Comics unit, among others, for material.

“I cannot think of anyone better suited than Joel Silver to develop a theatrical action-driven adventure based on our Ben 10 franchise,” said Stuart Snyder, president and COO of Turner Broadcasting System’s Animation, Young Adults and Kids Media division. “As a producer of mega-hit movie franchises like Die Hard, Lethal Weapon and The Matrix, to the successes of Sherlock Holmes and The Book of Eli, Joel has both the passion and movie-making know-how to turn Ben 10 into a spectacular theatrical experience for our fans.”

“In Ben 10, Cartoon Network has built a property that is loved across the world,” said Silver, who last adapted animation to the big screen in 2008’s Speed Racer. “It has a fun premise with a great leading character that lends itself to the big screen and I am looking forward to seeing how we can take it to the next level.”

Created by Man of Action (Joe Casey, Joe Kelly, Duncan Rouleau, Steve Seagle), the series about a boy (Ben Tennyson) who discovers a strange wrist watch that allows him to transforms into 10 different aliens with super powers, premiered on Cartoon Network in January 2006 and quickly became a global hit, reaching more than 165 countries. With these powers, Ben can play the part of a superhero, righting wrongs, saving the world and getting into some old-fashioned kid-style trouble.

A No. 1 hit for the network on Saturday mornings, the Ben 10 saga continued to expand as a series, first with Ben 10: Alien Force in April 2008 and then with Ben 10: Ultimate Alien in spring 2010, now airing on Friday nights.

Sfar to Write, Direct Animated ‘Little Vampire’
Adamson on Board for Dark Horse’s ‘Beasts of Burden’