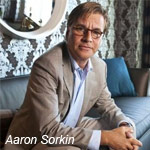 In an article in this week’s Newsweek, Oscar-winning writer Aaron Sorkin (The Social Network, The West Wing) reveals that the late Steve Jobs wanted him to write a Pixar movie. According to Sorkin, Jobs would call him to compliment him on a TV episode or movie he had penned from time to time. Jobs offered to give Sorkin a tour of Apple and was appreciative of the fact that he had once told the press that everything he had ever written, he had written on a Mac.

“The second-to-last call I got from Steve came the day a television series of mine was canceled. ‘I just want to make sure you’re not discouraged,’ he said. Why would an almost stranger take even 60 seconds out of his day to make that call? It had to have been because he was an awfully nice man. And that he knew what it felt like to blow it on a big stage.”

“But it’s his last call I’ll always remember. He wanted me to write a Pixar movie. I told him I loved Pixar movies, I’d seen all of them at least twice and felt they were small miracles, but that I didn’t think I’d be good at it.”

JOBS: Once you make them talk they won’t be inanimate.

SORKIN: The truth is I don’t know how to tell those stories. I have a young kid who loves Pixar movies and she’ll turn cartwheels if I tell her I’m writing one and I don’t want to disappoint her by writing the only bad movie in the history of Pixar.

JOBS: Jeez … write about THAT.

JOBS: Why don’t you come up here and let me give you a tour of the place.

“I told him I’d take him up on it and I never did. But I still keep thinking about that Pixar movie. And for me, that’s Steve’s legacy. That, and the fact that I wrote this on a Mac that I loved taking out of the box.” 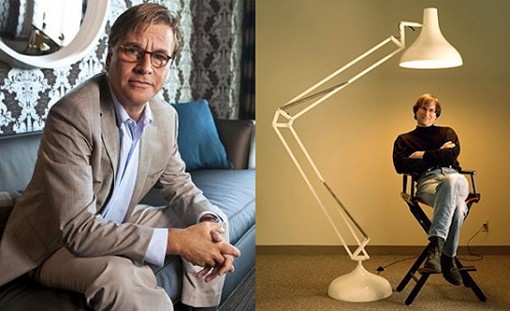