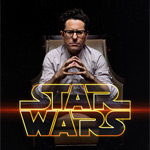 While the news was leaked on Thursday, Lucasfilm and Disney both confirmed that J.J. Abrams (Lost, Star Trek) will direct the next episode of the beloved sci-fi franchise Star Wars: Episode VII. Star Wars creator George Lucas, who is retiring and passing the franchise on, released a statement endorsing the choice:

“I’ve consistently been impressed with J.J. as a filmmaker and storyteller. He’s an ideal choice to direct the new Star Wars film and the legacy couldn’t be in better hands.”

Slated for a 2015 release, the movie is being written by Oscar-winner Michael Arndt (Little Miss Sunshine, Toy Story 3). Lawrence Kasdan (The Empire Strikes Back, Raiders of the Lost Ark, and Return of the Jedi) and Simon Kinberg (Mr. and Mrs. Smith, Sherlock Holmes) will also serve as consultants.

“It’s very exciting to have J.J. aboard leading the charge as we set off to make a new Star Wars movie,” Lucasfilm chief Kathleen Kennedy announced tonight. “J.J. is the perfect director to helm this. Beyond having such great instincts as a filmmaker, he has an intuitive understanding of this franchise. He understands the essence of the Star Wars experience, and will bring that talent to create an unforgettable motion picture.”

“To be a part of the next chapter of the Star Wars saga, to collaborate with Kathy Kennedy and this remarkable group of people, is an absolute honor,” J.J. Abrams said. “I may be even more grateful to George Lucas now than I was as a kid.”

“He puts everything he has into his work. He totally immerses himself. He’s got such a visual eye, which is so important to the Star Wars films. It seems that a lot of the same things that were in George when he made the first Star Wars films are also in J.J. I think he’s going to fit into the other movies perfectly, with the energy that J.J. has. We’re kick-starting Star Wars again with dynamite. It will knock people out, including the people who get to work on it. I think it’s a great choice.”

Sound designer Ben Burtt, who worked with Abrams as sound designer and sound editor on Star Trek and Super 8:

“J.J. represents the next generation of filmmakers from those that were making Star Wars when I started. When he was a teen, he was a fan of Star Wars, and a great deal of his love for movies came out of his reaction of that first Star Wars film. You feel that he’s already invested so many years in it, and he’s going to propel it forward in a new way. In other words, you’re having a fan who has grown up and developed tremendous directorial skills finding himself at the steering wheel to take the franchise into the next stage. I feel like I’m there watching history turn over from one era to another.”

Sound editor Matthew Wood, who worked on Super 8 as well as the Star Wars prequels:

“Working with him, it was so obvious to me that J.J. and I have the same nostalgic love of that era. Now we have someone from that generation who is going to be at the helm of the Star Wars franchise that I’ve known and worked on, so it’s a great circle. Just seeing what he did with Super 8 and capturing those moments, and knowing what was so special about that era, it’s going to speak to a new generation of audience as well.” 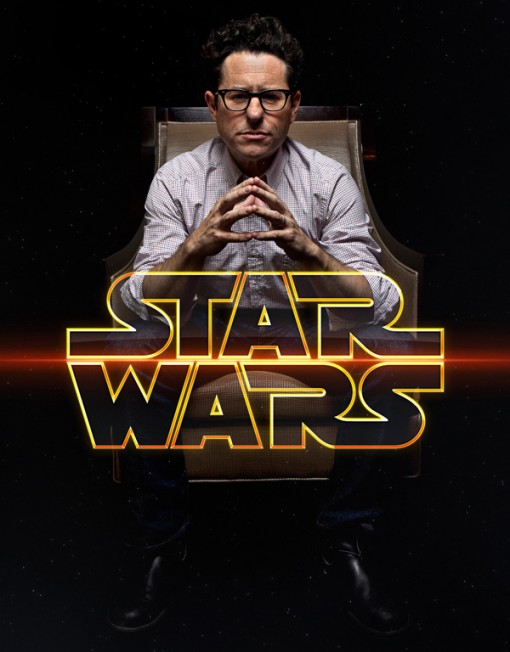