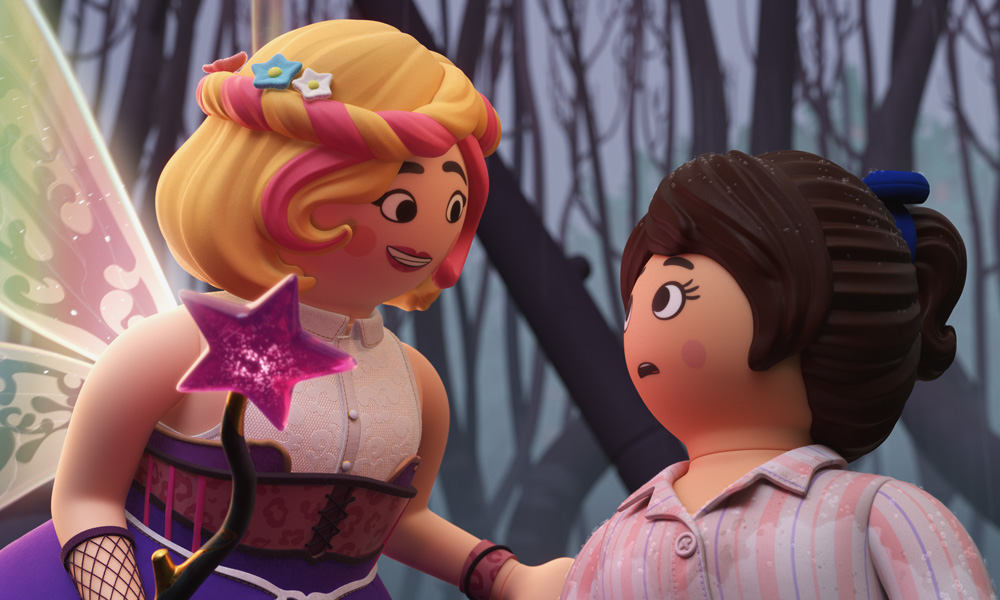 Lino DiSalvo, the gifted director of Playmobil: The Movie, had spent many years at Disney, working as head of animation on Frozen, and supervising animator on movies such as Tangled, Bolt and Meet the Robinsons. So, when he pitched the producers at Montreal- and Paris-based ON Animation Studio his take on the Playmobil world, he already knew about combining the right ingredients of a fun animated movie for the whole family.

The musical CG-animated movie, which arrives in theaters in August, is based on the hugely popular line of German toys. The plot revolves around a young woman named Marla (Anya Taylor-Joy) who embarks on a magical quest when her younger brother Charlie (Gabriel Bateman) disappears into the multi-dimensional world of Playmobil characters (voiced by the likes of Daniel Radclifffe, Jim Gaffigan, Meghan Trainor, Adam Lambert and Kenan Thompson).

DiSalvo met with the film’s producers, Dmitri Rassam and Aton Soumache of ON Animation Studios (The Little Prince, Mune: Guardian of the Moon), about three and a half years ago, when they had just acquired the rights to the property. “I showed them the treatment that I had put together, based on extensive research I had done on the property,” he notes. “It was really important for me to honor the subject matter and be true to the spirit of the toys, which really encourage role play and celebrate the power of imagination and family.”

The filmmakers says he spoke to many Playmobil fans in Europe and dug deep into the reasons why people are attracted to the toys. “My kids love them, and they also bring up the concept of role play,” says DiSalvo. “People told me that this was the first toy they loved to play with as kids. The dolls come in boxed sets, and they don’t tell you who the hero is — the player defines who the hero is.”

DiSalvo and screenwriters Blaise Hemingway, Greg Erb and Jason Oremland decided to tell the story from the POV of a young girl who turns into a Playmobil character herself and has to travel to all the different worlds of the property to find her brother. “She will have to find herself and think like she once did when she was younger to achieve her goal,” notes Disalvo. “Once we got the greenlight from Open Road Films (who was going to distribute the movie), I set out to flesh the movie out by putting as many animatics as possible. My years at Disney taught me that 50 percent of making an animated movie work is putting it up as much as you can. I was very fortunate to have such trusting producers, as they told me I could stay in L.A. for 15 months to work on the animatics. Overall, I was able to do five animatics in L.A. and Montreal before we had to produce the assets.” 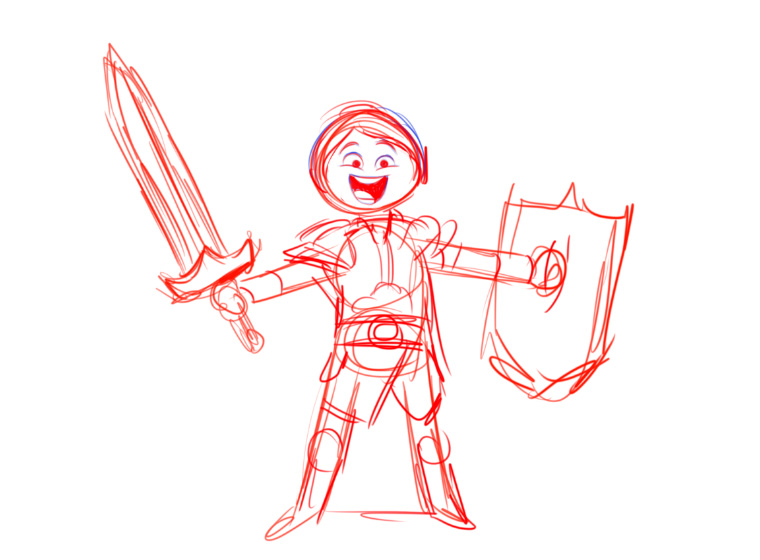 DiSalvo says it’s astonishing that some studios think they can lock the script for an animated movie. “There’s a reason why the animated movies produced by Disney and Pixar and DreamWorks work,” he notes. “The iterate so much they can find the truth in the storytelling. These days, everyone wants to get into animation, and they think they can write a script and lock it and make it an animated movie. That’s why some of the movies we see each year aren’t as strong as they can be.”

DiSalvo and his family moved to Montreal to work on the project at ON Animation. “There were about 10 of us that started the project in L.A.,” he recalls. “Then, at the peak of production, we had about 300 people working on the movie in Montreal. It was more than half of the animation crew at a typical Disney movie. We were very hands on. As long as I was the dumbest guy in the room, I knew I was doing the right thing. We all checked our egos at the door, and we were brutally honest with each other. Everyone just wanted to make this movie as great as possible.”

The director points out that most fairy tales use a visual device that bookends the story. “We explored opening up a storybook or having a narrated opening, but none of it felt organic to the story we were trying to tell,” DiSalvo explains. “Then we realized that to have a dynamic contrast and stimulating visual from animation it was best to have a live-action opening and ending. Our protagonist, Marla, has lost touch with the child’s point of view that she used to have. It felt right to show her in a live-action world where there is no magic. When she finds herself in a very magical situation — which is the entrance to the world of Playmobil, it becomes the catalyst for the whole movie.”

Among the special devices that set the movie apart is the characters’ ability to travel to different realms, which allowed DiSalvo and his team to have fun with various cinematic genres. “We were able to do something that we’re calling ‘genre jumping’ in the second act of the movie,” he explains. “If you think of your favorite genre films like spy movies, gladiator, cowboy or fantasy films, there are tropes that are familiar in all those movies. We had a blast with it. You take a disenchanted 22-year-old character and throw them into these scenarios and you have a wish-fulfillment that is really fun to experience.” 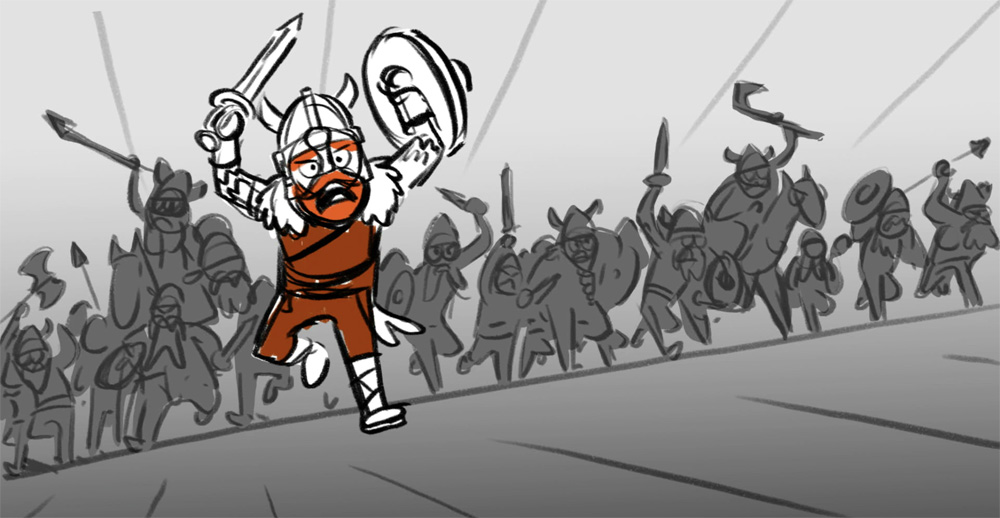 “When I first began work on the movie in 2017, Lino (the director) and I talked about colors, shapes, scales, how close we were staying to the toys, and what makes Playmobil Playmobil?” says production designer Rémi Salmon, who also worked on ON Animation’s Mune: Guardian of the Moon. “We gathered references, brainstormed and painted images to create a solid base which we then evolved from.”

Salmon says from those early stages; the idea was to give this world some scale. “We see those toys from a kid’s eyes, not what he has in front of him but what he imagines. The pirate in his hand has a stiff plastic cape, but when he plays, he sees the cape floating in the wind. That’s what the movies does, which explores this idea of a wish fulfilment visually.”

One important decision was to determine what the Playmobil world would be made of. “We wanted to stay as close and as true to the toys as possible regarding the shapes and proportions. Even from a distance, this is what your eye will always identify as Playmobil,” says the production designer. “When you look at a character, you think, ‘Yes, of course, it’s a Playmobil toy.’ But as you get closer you see there is just a little more. We thought we could use the textures and the look to give a touch of richness and life to our world.”

This approach matched the director’s vision regarding character animation. Of course, the toys wouldn’t move as fleshy characters, but they wouldn’t be completely stiff either. “Starting from the stiff toy side, Lino would add a 20 percent freedom to bend and stretch the characters to give them more life,” says Salmon. “We applied the same principle to the visuals. We could keep some plastic elements such as the hair and skin, but add more materials like cloth, enough to give some life and interest in close-up shots, but subtle enough so that we lose it pretty far in the distance. The look and feel are much more realistic and tangible, so that you feel like you could touch those characters! The lighting was pushed pretty far in a very cinematographic way, which is something I really enjoy. Finally, I guess I could say also that in this one the characters have no noses and no ears! I’m glad we could really use the limitations of the toys to our advantage, and see it not as a constraint but as a frame in which to work and play with.”

A big fan of musicals, DiSalvo knew he wanted the characters to be able to express themselves in songs that fit their storyline. “I love it when you have a character that has invested so much that they just have to express their feelings in song,” says the helmer. “I became an animator because of that. Just like we did on Frozen at Disney, we got our music team involved with the movie from day one. As we wrote the script and fleshed out the animatics, the music team was there every single step of the way. Also, every time we have a song in the movie, it furthers the story.”

Besides the magical worlds and the exciting adventures that the film’s heroine Marla embarks upon, DiSalvo was keen on really exploring the emotional truth of the characters. “There’s a universal truth to the story that we’re telling, which is imagination,” he says. “It’s ultimately about that fire that’s lit inside you as a child, and always having a little bit of that that you can reach for as an adult. I wanted to craft a movie that my children can look at, watch, laugh, get emotional and understand the film’s key message.”

DiSalvo says he loved watching movies like E.T., Goonies and Big when he was a kid. “There were wish-fulfillment movies that brought you these amazing emotional moments,” he notes. “Today, we have so many cynical movies and TV shows out there, but I wanted to make a movie about a family coming together. Hopefully, parents and their kids will feel the same way about the movie, and appreciate the truthfulness of Playmobil as we tried to explore the wonderful truth that’s in these toys.”

Playmobil: The Movie premiered at the Annecy Festival in June. STXfilms will release the movie in U.S. theaters on August 30. 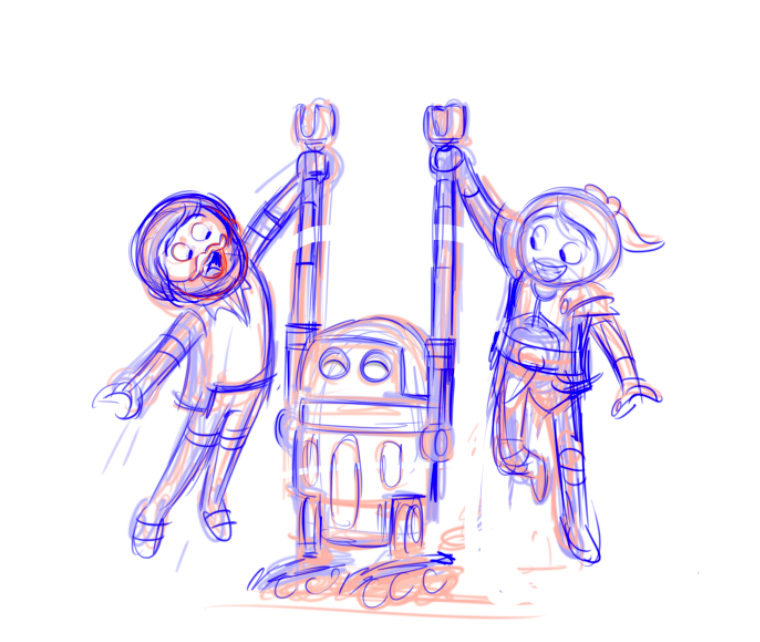