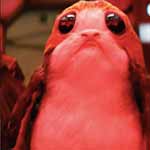 Audiences are expected to flock to movie theaters this holiday weekend to catch up on the latest family movies served up by the studios. Industry observers are predicting Disney’s Star Wars: The Last Jedi to continue its reign at the top of the box office, with an estimated take of $118 million for the three-day weekend, bringing its total gross to $414.4 million after its second week in theaters.

Meanwhile, Sony’s Jumanji: Welcome to the Jungle, which is directed by Jake Kasdan and stars Dwayne Johnson, Kevin Hart, Jack Black and Nick Jonas, is expected to deliver the family aud numbers to the tune of a $34 to $40 million weekend. The film features some amazing vfx thanks to the work of the teams at MPC, Iloura and Rodeo FX, overseen by Jerome Chen.

Two big animated titles are also continuing to pack houses around the country. Fox/Blue Sky’s Ferdinand is expected to have a four-day total of $11.4 million, bringing its cume to $30.8 million during its second week. Disney/Pixar’s Coco is projected to have a $10.5 million weekend, which will make its total cume around $166 million during its fifth colorful week of residency at the U.S. box office.

The stellar performances of Star Wars: The Last Jedi will also push Disney Studio’s 2017 take over the $6 billion threshold, per Deadline.com. This makes Disney the first and only studio to reach this milestone twice and in consecutive years. The Mouse House is also the only studio to break the $5 billion mark internationally three years in a row. Happy Holidays, indeed, Mr. Iger!

Dwayne Johnson and a Porg