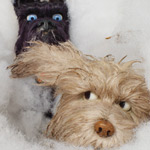 Awe-inspiring stop-motion animation? Check! An unusual storyline driving a magical blend of whimsy and cinematic homages? Check! A delightful cast of furry characters who stay with you long after the movie ends? Check! Yes, it’s another brilliant animated movie from writer/director Wes Anderson (Fantastic Mr. Fox, The Grand Budapest Hotel), who is pushing the envelope again with his ninth feature (and second animated project), Isle of Dogs. The movie opens in theaters this Friday, March 23.

Anderson’s new offering, which opened the prestigious Berlin Film Festival in February, is a wild adventure set in a near-future Japan, where a band of exiled dog are trying to survive in a junk world known as Trash Island. It’s also a touching film about a young boy’s friendship with a dog. The journey to bring Isle of Dogs to the big screen began several years ago, when Anderson and his co-writers Roman Coppola, Jason Schwartzman and Kunichi Nomura set out to create a movie that celebrated five things: dogs, the future, garbage dumps, childhood adventures and Japanese movies — especially Akira Kurosawa’s classics.

“We wanted to do something sort of futuristic,” notes Anderson. “We wanted a pack of alpha dogs who were all leaders. And we wanted to live in a land of garbage. The Japanese setting came entirely because of Japanese cinema. We love Japan, and we wanted to do something that was really inspired by Japanese movies, so we ended up mixing the dog movie and Japan movie together. We were constantly changing the story. Once we reached the end, we started to rework it.”

The film’s producer Jeremy Dawson, who also worked with Anderson on Fantastic Mr. Fox, remembers feeling awestruck when he read the first draft of the script more than three years ago. “I thought that it was a funny and heartfelt script, but I also realized that it was going to be a challenge logistically, because of all the different action sequences and numerous locations,” he recalls. “I think there was one sequence that had a montage of 22 different locations. It’s also a movie about talking dogs, so it couldn’t have been done in any other medium but animation.”

Dawson says after looking at various options, they opted for 3 Mills Studios in London, just as they had done with Fantastic Mr. Fox. He adds, “The thing about Wes is that he brings his own perspective and approach to each project. What strikes me is that the movie doesn’t even look like Mr. Fox or another stop-motion animated movie. Wes was really pushing himself to come up with something that worked for him. He’s never lazy, or rests on his laurels. He has these ambitious ideas that may seem impossible or difficult to achieve. He never milks the situation for laughs, and the movie has its very own unique look. We actually had only one storyboard artist for the entire movie!”

The producer mentions one specific scene that has made a big impact on him. “There’s this one scene where the boy hero, Atari, is giving the stray dog Chief a bath on this really sordid area of Trash Island,” notes Dawson. “It’s full of rusty metal objects, empty detergent boxes and all these abandoned washers and dryers. He reaches under his belly and gives him a rub. It’s only a few seconds long, but it’s such a charming scene.”

For Dawson, who grew up loving Rankin/Bass holiday specials, working with Anderson has been a hugely rewarding experience. “I loved all the Saturday morning cartoons and the Miyazaki movies. Totoro is one of my favorite movies of all time. His movies convey so much heart and feelings. We were going for the same thing as we explored this classic relationship between a boy and his dog.”

Animation director Mark Waring, whose credits include Tim Burton’s Corpse Bride, Fantastic Mr. Fox and Frankenweenie, says when he was first contacted to work on the movie, he knew it was going to be a great experience to work with Anderson again. “The screenplay was a great page-turner, but on each page, there were so many complexities involving numerous characters and locations,” he explains. “I knew Wes wanted to shoot everything in camera rather than using CG. I believe we had over 1,105 puppets made for the production. We had over a hundred main characters. The film attracted many animators and artist who came to London to work on the film at 3 Mills Studios. I believe we had about 250 people working on site at some point. The movie had about 50 stage units overall, and took about 18 months to shoot.”

Waring says Anderson was very specific about what he wanted in each scene. “He is very detail-oriented,” notes the animation director. “He has this love for all the materials and textures. All those different elements are very important to him. He was insistent on doing water in stop-frame rather than CG. We did a lot of testing to come up with the ideal way to show water, clouds, rain; what is the best way to use plastic wrap to depict water. It took us months of animation tests to find solutions that looked great on camera.”

The animators knew that they were going for the same handmade style that audiences loved in Fantastic Mr. Fox. Anderson also prepared them by screening the ’60s-era films of Akira Kurosawa. “He wanted us to be influenced by their style and the reserved approach to performances,” says Waring. “We also had lots of dogs running around in the studio, which were similar to the ones in the movie, and we studied their movements carefully.”

The film’s canine characters also provided the team with lots of questions. “We knew that the dogs only have conversations amongst themselves. We had to establish those rules first. Were they human-like or do they act like Scooby-Doo? It’s a clever conceit that the humans don’t understand them, but we empathize with them because we understand them when they are talking to each other. They actually behave like dogs — they have fleas, they scratch themselves and bare their teeth.”

Knower of All Shapes and Colors

One of the amazing facts about the production is that Anderson only visited the London studio a few times and managed to do his job by communicating with the team via emails and video conferencing. “He is so fastidious and really knows what he wants,” explains Waring. “He focuses on every element of every scene. He comments on every single item, every color, every shape, every box, every leaf, every book in the background … and he has an encyclopedic memory. I received about 50,000 emails from him, and that was just me! The great thing was that we had worked with him before on Fantastic Mr. Fox, so we had established this shorthand on how to make an animated film. We were three-fourth of the way there already.”

According to Waring, one of the film’s most complex sequences involved a Japanese chef making sushi. “Wes told us that he wanted this scene to show the best sushi that has ever been made,” exclaims Waring. “He said real sushi chefs will want to make it this way!”

To prepare for this 45-second scene, Waring and his team (director Brad Schiff, and animators Andy Biddle, Tony Farquhar-Smith and Tobias Fouracre) had to study the best sushi chefs for months. The elaborate sushi sequence took about two and half months to shoot. “It was such an involved technical process,” he recalls. “There are many different styles of sushi. We had to really learn how they cut it, how the hands roll the rice, etc. There’s a great sushi restaurant in France, which is Wes’s favorite. We modeled the puppet on the actual chef of the restaurant.”

Waring says his favorite scene happens towards the end of the movie. “It’s at nighttime and the dogs are on a raft,” he says. “It’s this very heartfelt, baring-of-souls moment. They are trying to explain the situation. Their world has changed, and they won’t be the same afterwards. It’s every emotionally wrought and well-animated scene.”

“I hope audiences will love the film as much as we all do,” says Dawson. “You can really feel the love, sweat and tears that went into each frame of the movie. There were  moments along the way when we thought, ‘Oh, this is not going to be possible.’ But, we had this amazing, resourceful team with a super can-do attitude, who made it all happen.”

A World of Puppets

Head of puppets Andy Gent is no stranger to challenging puppet-animated features. He has worked on features such as Corpse Bride, Fantastic Mr. Fox, Frankenweenie and The Grand Budapest Hotel. To get him prepared for Isle of Dogs, which ended up with 1,105 puppets (half of them were dogs and half were human characters), Anderson sent him a video of Japanese taiko drummers.

“We watched this traditional drum ceremony on stage, and it was so powerful and inspiring,” says Gent. “Stop-motion is as much as test of stamina as it is of skill, and this really prepared us for the task. We had a range of puppets made for each individual character — oversized, large, medium, small and extra small. Each hero puppet took about 16 weeks to build!”

The puppet team created more tactile clay sculptures in the beginning so that Anderson could look at every angle of the dog or human character. Once he approved the design, the building of the metallic armature or skeleton inside the puppet began. “When you’re building, you have to think about all the puppet’s being asked to do in the script,” notes Gent. “Has it got to jump, has it got to run, has it got to stretch, has it got to lie down, has it got to bite something, and all of those things. From there, we work out the various processes of how we mold and armature it and what choice of silicon or foams we use. The dogs had to be able to lie down and run around. We made adaptable armature so that they could stretch and scratch. Some of the puppets were so small they could actually sit on your thumbnail. Because of the massive landscape scenes, we had to scale the puppets down.”

The fur on the film’s dogs is actually harvested alpaca and merino wool used to manufacture teddy bears. For the human dolls, the artists used silicone replacement skin to create more tonal range than seen in puppet faces before. “It took a lot of tests to make the replacement faces look just right,” says Gent. “Our lead character Atari has over a hundred faces. We got this semi-translucent skin, which works really well when it comes to showing freckles or bruises. You can’t use 3D printers to create that special bruised quality. You have to hand-paint that across the faces.”

However, 3D printers were used to produce the film’s dangerous robot dogs, which have three different forms: a neutral form, a cute-and-friendly form, and then the attack mode where spikes pop out of their necks.

“Looking back, I am really proud of what the team was able to do,” says Gent. “It was a huge challenge. I can’t say which one of the puppets I like best. Atari was one of the first ones we made, and I like Chief very much, too. There are moments where each one of them really shines in different parts of the movie.” 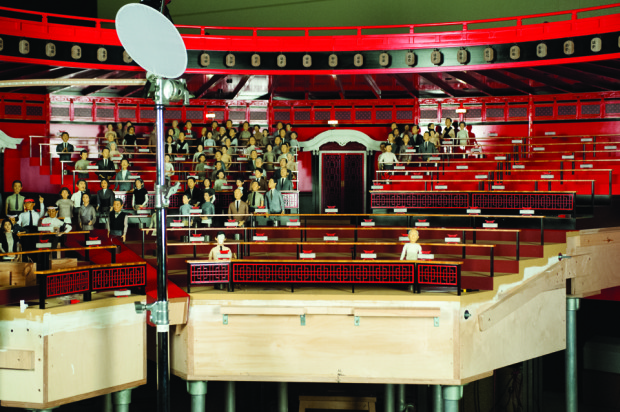 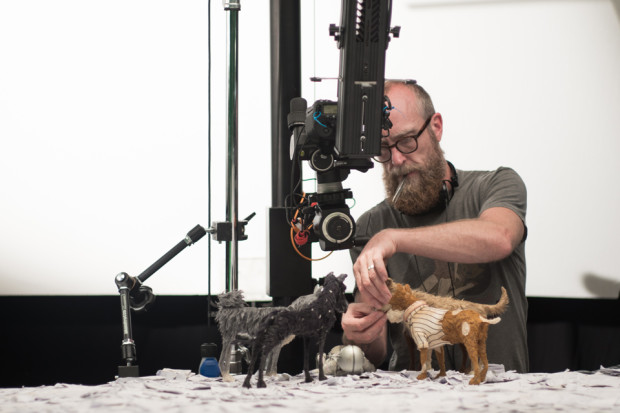 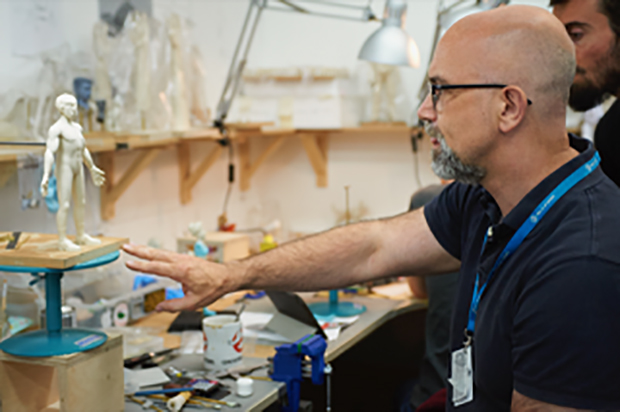 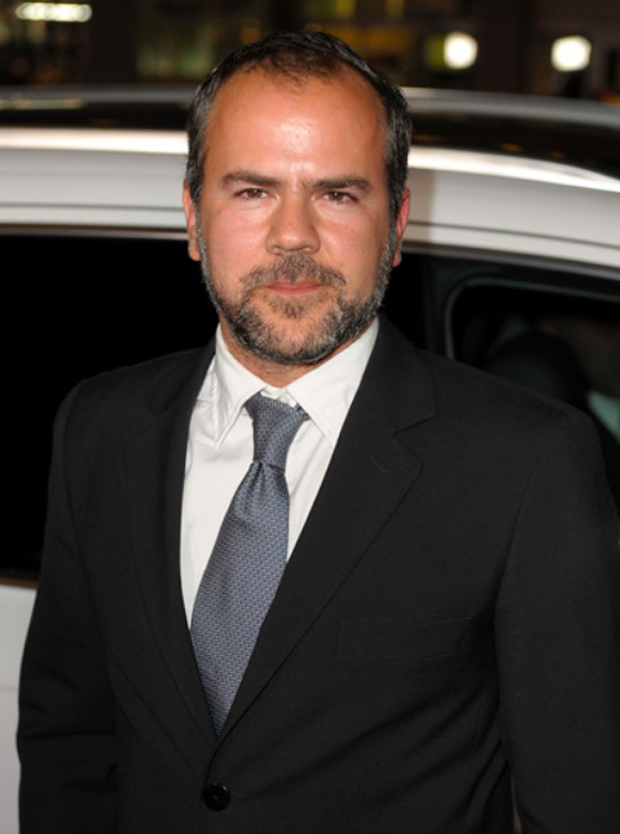 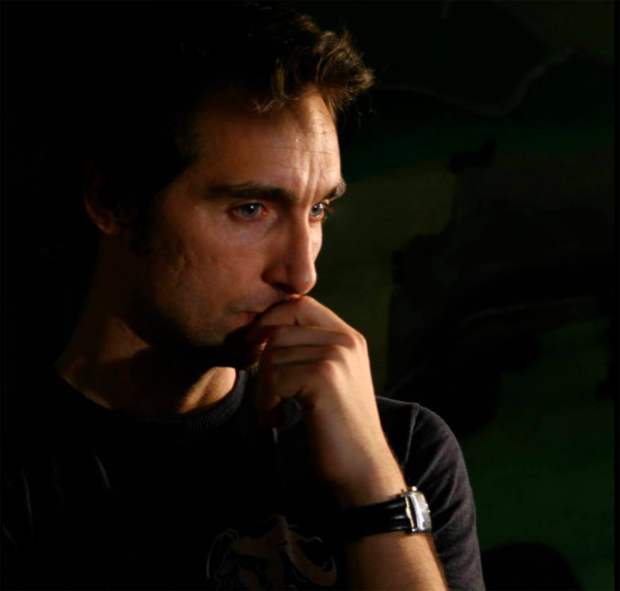 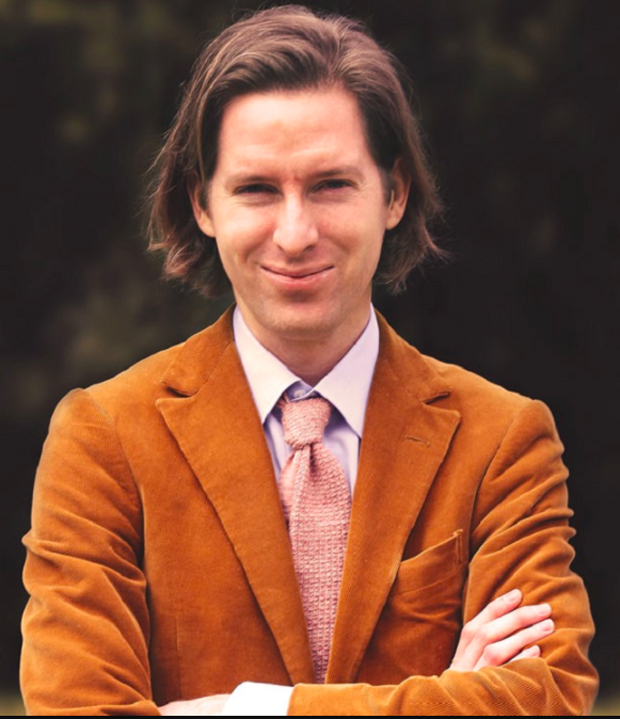