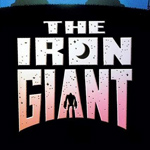 Warner Bros. will be bringing Brad Bird’s 1999 animated family adventure The Iron Giant back to the big screen this fall, remastered and enhanced with two all-new scenes as The Iron Giant: Signature Edition. The limited theatrical engagement is being handled by Fathom Events, kicking off with a special event screening on Wednesday, September 30 at 7 p.m., with an encore matinee event in select markets on Sunday, October 4 at noon.

The nine-time Annie Award winning film tells the tale of an unlikely friendship between a rebellious boy named Hogarth (voiced by Eli Marienthal) and a giant robot (Vin Diesel). The voice cast also included Jennifer Aniston and Harry Connick Jr. The Iron Giant was produced by Allison Abbate and Des McAnuff from a screenplay by Tim McCanlies, adapted from Ted Hughes’ book The Iron Man.

Ticket on-sale dates and theater locations for Signature Edition screenings will be announced in August at fathomevents.com. Following the theatrical re-release, a high-definition version of the new edition will be available through digital retailers.