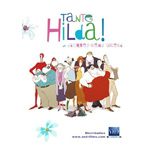 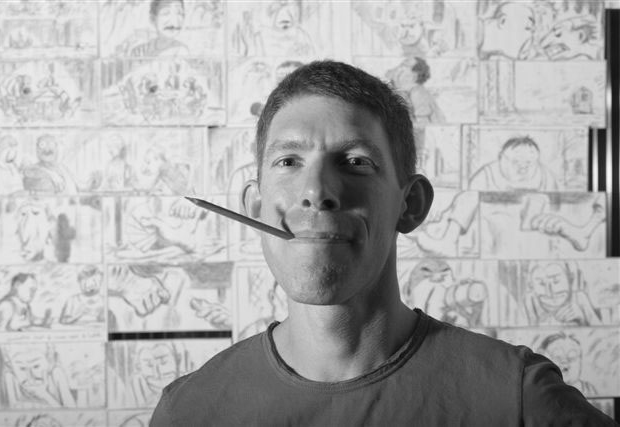 Benoît Chieux speaks about his new animated feature Aunt Hilda! and offers his candid perspectives on the toon business.

Over the past decade, French auteurs have really pushed the envelope by delivering animated features of astonishing diversity in both content and style. As we embark on the final quarter of 2013, the Gallic parade of excellence continues with the arrival of Jacques-Remy Girerd and Benoît Chieux’s new movie Aunt Hilda (Tante Hilda!) in select territories. The Folimage-Melusine co-pro, which was introduced at Annecy, tells the offbeat story of a passionate nature lover who collects endangered plants in her vegetation museum. However, the eccentric Hilda faces darker complications when scientists create an engineered grain that requires little water and care.

Chieux, who co-directed the feature with Folimage founder Girerd (Raining Cats and Dogs, Mia and the Migoo) recently took some time to answer some of our questions about the movie. The talented writer and storyboard artist and art director also worked on Mia and the Migoo and Folimage’s TV specials Spud and the Vegetable Garden and Charlie’s Christmas. “Jacques-Rémy and I work with four hands—he writes and I draw,” he tells us. “He was the one who wrote the story in words and imagined the characters—I’m just the humble illustrator.”

The director says the duo started to think about Aunt Hilda! right after the end of production for their feature Mia and the Migoo, their acclaimed ecologically themed fantasy about a young girl’s search for her father. “I read the first draft for the script in 2007, and we thought it would be a good opportunity for me to be more involved in the production than the artistic director. I am grateful to Jacques-Rémy for sharing the directing job with me. It is a great responsibility and I guess it was not an easy decision to make.”

One of the huge drawing points of the project for Chieux was the fact that it told a grown-up tale. He says, “I was immediately interested in this story which didn’t have any children. Focusing on adult characters was a new and daring idea. When you focus on child characters, there’s a natural form of self-censorship which comes up less with grown-up figures. You can experiment with grotesque and caricature-type of designs, so for me it was a great pleasure to play with these characters. The story itself is also quite rich—dealing with economic, ecological, political and family dynamics.”

Another clear challenge for the artist was coming up with new visual styles that would be interesting departures from his previous efforts. “I love drawing and I think there are many new things that we haven’t tried before.”

One of the visual inspirations for the movie was Paul and Sandra Fierlinger’s 2009 indie movie My Dog Tulip. Chieux says he intended to rethink the animation process altogether. “I was very impressed with the films of Paul Fierlinger, but he works by himself. We had to invent a new way to lead our teams. In trying to direct in an original style, I asked the team to draw directly in ink. This would not have been possible without the talented Susanne Seidel, our director of animation.

In addition to the caricature-style character designs, Aunt Hilda! also serves up some highly original backgrounds and depth of field compositions. The director says he enjoyed incorporating various diagonal shapes in the movie. “That’s why there are a lot of stairs in Aunt Hilda’s greenhouse. The diagonal creates movement in the scene. It’s important to never forget the cinematic aspects of the project.”

The team at Folimage used Toonz software and After Effects for compositing, but Chieux points out that most of the animation was done by hand. “The details are handmade and retouched in Photoshop, but we’re not big fans of computer animation,” says the director. “Computer effects age very badly, and I try to use as little of it as possible. There are, of course, graphic palettes and software that imitates hand-drawn animation, but nothing replaces paper and a pencil. All you need for proof of that is to flip through Aunt Hilda‘s art book, which is available on the Folimage website!”

When we ask the helmer to talk about artists or works of animation that have inspired him, he says he has always been struck by the level of creativity that goes into the short form. “Short films have been an inexhaustible source of influence for me,” he explains. “For example, Paul Cabon’s [2009 graduate film from Le Poudriere] Sauvage (Wild) was one of the direct influences on Aunt Hilda. We also showed the works of John Hubley and Fyodor Khitruk, Peanuts animated TV specials and the drawings of Ralph Steadman and [Jean-Jacques] Sempé to our animation team for inspiration as well. Examples are always valuable to convey an idea to the team because they work much better than words.”

Another one of his all-time favorite artists is renowned British-born, L.A.-based artist David Hockney. “Hockney is the one single artist who has profoundly influenced my work,” he says. “His writings on art and drawing are so brilliant and insightful that he really changed my way of appreciating a movie, a painting or a drawing.”

In Praise of Risk-Takers

“I think the similarity of all the CG movies is a negative trend. Nothing really distinguishes them from each other … The big American studios have lost their identity.”
— Aunt Hilda!’s co-director Benoît Chieux

Looking at the French animation scene, Chieux sees a thriving landscape of artistic projects with a healthy appreciation for comic books and graphic arts, supported by top-notch schools that specialize in the art form. However, he does express major disappointment at the sameness of the movies produced by major Hollywood studios today. “I think the similarity of all the CG movies is a negative trend. Nothing really distinguishes them from each other,” he points out. “The big American studios have lost their identity. It is interesting to see that in all these movies, the problems seem to be solved by a team, not by a single individual. I think maybe these stories are a reflection of the cumbersome process of making these films … I think studios, producers and broadcasters must all take responsibility, have the courage to impose their ideas, to take risks and think outside the box. I dream of a world where the big studios are more creative and the work of small studios are more accessible to the general public.”

On the other hand, Chieux has a lot of praise for the Japanese animation industry. “In terms of design and staging, the Japanese films are like no other. Their production process really works, and you can see that they’re the only country capable of making regular, quality features in less than a year. In Europe, we do not have the huge budgets of American films, and we need to think about processes in line with our limited budgets, as does the Japanese animation film industry. We were inspired by their methods, and perhaps that’s why Aunt Hilda! actually cost about half as much to produce as Mia and the Migoo. I also feel very close to the way Japanese directors tell their stories and admire the way they tell a story and show us their world.”

The director is also great at offering very straightforward and practical advice to anyone who wants to get into animation: “Draw a walk cycle in six drawings. Draw directly with pen, without using erasers. And go to the museum!” he offers.

Miyazaki’s Fond Farewell
Get Ready for a Real Turkey Feast!