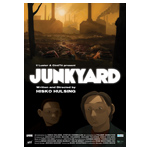 How Junkyard’s director Hisko Hulsing created one of the most powerful and acclaimed animated shorts of the year.

While it’s customary for big studios to release their hard-hitting, dramatic features during the fall season, animation artists who create short-form content can deliver the goods all year round. One of this year’s most effective and celebrated shorts, Dutch artist Hisko Hulsing’s Junkyard, first began to grab the attention of festivalgoers at the Annecy festival in June. The powerful 17-minute project, which won the Best Dramatic Narrative award at the prestigious Ottawa International Animation Festival last month, centers on a fatal stabbing by a junkie and touches upon a youthful friendship destroyed by drugs. Let’s just say that it’s not the kind of happy, shiny eye candy we’re used to seeing from Disney and Pixar.

Hulsing, who also directed the acclaimed 2003 short Seventeen, says he came up with the idea for Junkyard simply by tapping to his own past.

“I realized that there was a lot of drama in the history of many of the friendships of my youth,” he says. “Some of them grew up under bad circumstances, got abandoned and started their criminal careers at a very young age. In retrospect, it almost seemed inevitable that they would end up that way. I combined that with my own bad experiences of smoking pot at a very young age, and that’s how I came up with a tight story that is loosely based on all those elements.” 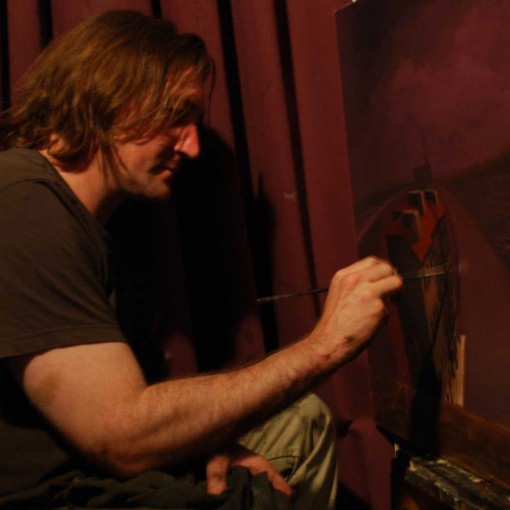 Inspired by such diverse works as 19th century Dutch paintings, the richly painted backgrounds of Disney’s Bambi and Roman Polanski’s films from the ’70s, Hulsing and his team began production on the short in 2007.

The animation process was anything but simple. Hulsing created clay heads for all the characters at the different ages they are depicted in the film. Then, he filmed them from all sides and then animated “brushes” in TVPaint as a reference for the drawn animation.

“We did this so I could focus directly on the characters’ expressions instead of spending lots of time on construction,” explains the gifted director. “For the bodies, we used live-action footage that I’d shot with some young actors. A lot of it was rotoscoped, but our lead animator Stefan Vermeulen and I had to exaggerate their movements frequently. We used digital pencil in TVPaint.” 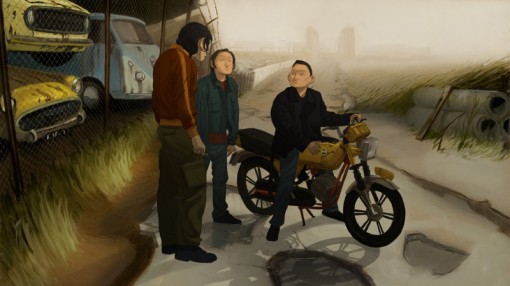 The other elements such as cars, mopeds and trains were animated by 3D animators from Polder Animation. They projected Hulsing’s oil paintings on the animation to ensure a unity in style. Effects like fire, smoke, water and rain were all hand-drawn by the studio’s hard-working team of interns. Hulsing also painted 130 backgrounds, and to match the character animation with these backgrounds, he painted the shadows of all the characters on them with a special digital water-color brush he created in TVPaint.

Another key component of Junkyard is its haunting, otherworldly music. Believe it or not, Hulsing also composed and arranged the music for an 18-piece orchestra.

“We recorded and overdubbed it, so that it sounds like a full symphony orchestra,” he notes. “Thomas Bloch came all the way from Paris to Amsterdam to record his strange water instruments like the crystal Baschet, the waterphone and the glass harmonica.” 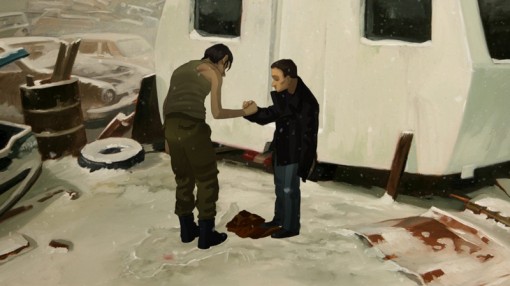 It’s interesting to point out that Hulsing actually came to be such an innovative animator by happenstance. He was studying art and painting at the Art Academy of Rotterdam, while his brother was focusing on illustration and cartoons. When they found out about an animation course at school, they took so that he could paint the backgrounds and his brother could focus on the characters.

“That plan never materialized, but the moment I began to work in animation, I was hooked,” he recalls. “There were so many different possibilities. Of course, when I started on my own film, of course, it consumed all my time, and that was the end of my painting career!”

Regardless of the technical superiority and painterly qualities of the film, Hulsing says his biggest challenge was making the story work. 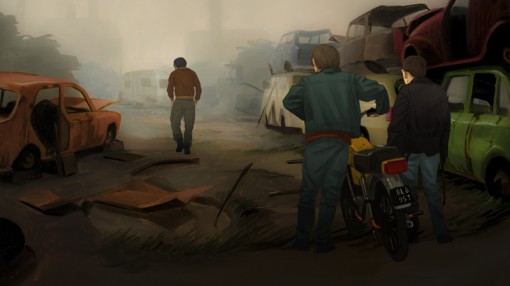 “It was a very complicated film to make and I tried to succeed on every technical level. I would have been disappointed if people would come up to me after seeing the film and just say, ‘Well done!’ because I really want to touch people with my film and take them on a trip.”

To make sure he was making all the right choices, Hulsing ask eight intelligent people whose opinions he requested to view the short and comment on it on a regular basis.

“I wrote down all their comments and noted the areas where they overlapped. That way I could see what was working and what was not, and how to fix it. They were my safety net.” 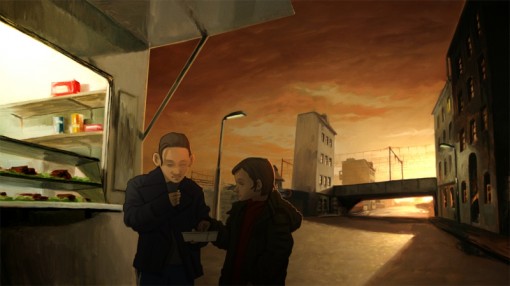 Hulsing says he’s proudest of the fact that the film has had a strong impact on many audiences.

“It seems to be a film that sticks with people, and that’s a great thing to hear, because a lot of films are forgotten immediately after you watch them, even when they are good. I’m also proud of the fact that the film is sort of a feature film, compressed in 18 minutes, while it feels like it’s only 10 minutes long.“

When asked to name his animation and artistic heroes, Hulsing he’s had different role models at different points his life. However, he does single out Walt Disney for classic movies like Bambi, Ralph Bakshi for Heavy Traffic, Hayao Miyazaki for Spirited Away and “Bill Plympton for his inspiration and advice to independent animators.” Outside the animation world, he cites classic films by Roman Polanski, Stanley Kubrick, Sidney Lumet, music by Shostakovich and Elmer Bernstein, and the paintings of Vermeer and Caravaggio. 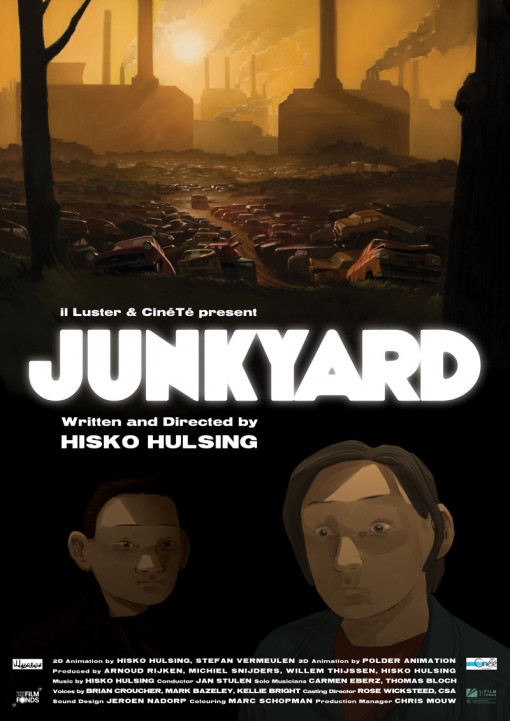 When it comes time to offer a few words of advice for animators who want to make an impact with their work, he says,

“I don’t know what it takes to do very well in business. But the advice I can give people who want to become good filmmakers is to watch as many films as possible and try and analyze them. Also, you have to get acquainted with all technical aspects of making animated films—from storytelling, storyboarding and animating to sound effects, music, editing, etc. That’s the best way to become successful artistically. The money part—I don’t know much about!”